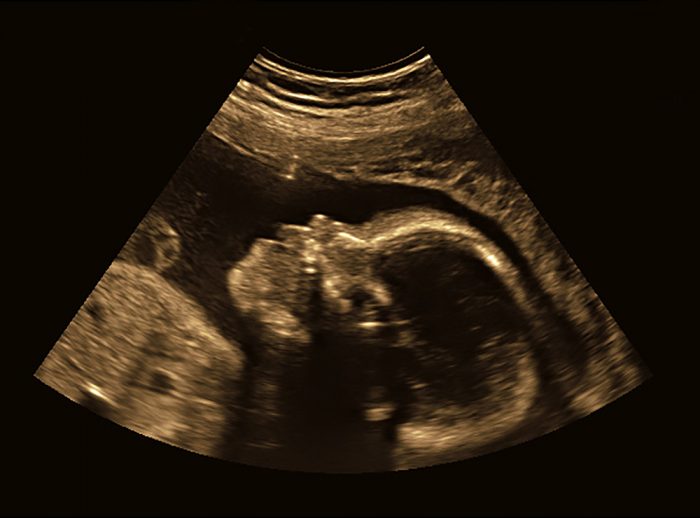 THERE were tense scenes at today’s weigh-in for Conor McGregor’s upcoming first child, as the spirited foetus squared up to the doctor performing his ultrasound, reportedly telling him to ‘get that fuckin’ thing out of my face’.

The Notorious Baby McGregor was getting a routine check up at the time, and took issue with what he claimed to be ‘aggro’ from the other side of the uterine wall, as the doctor pressed the ultrasound wand on the belly of Dee Devlin, the partner to UFC champion Connor.

Swimming in amniotic fluid with the same swagger and attitude as Conor, the utero-weight champion went on a rant that would make his dad proud, stating in no uncertain terms that he wasn’t here to be poked and prodded at by ‘some prick who couldn’t make it as a real doctor’.

“See you with the tube of jelly and the thing and the machine yeah, I’ll fuckin’ burst you when I get out of here,” blurbled baby McGregor, making a series of aggressive gestures with his pharyngeal arches.

“You think you can mess with the king? I may weigh the same as a tangerine at the minute, but by the time I get out I’ll be at fighting weight and anyone that wants a dig can fucking get one”.

Dad-to-be Conor was said to be incredibly proud of his baby’s outburst, and started flinging bottles of water at staff around the clinic just to help out.