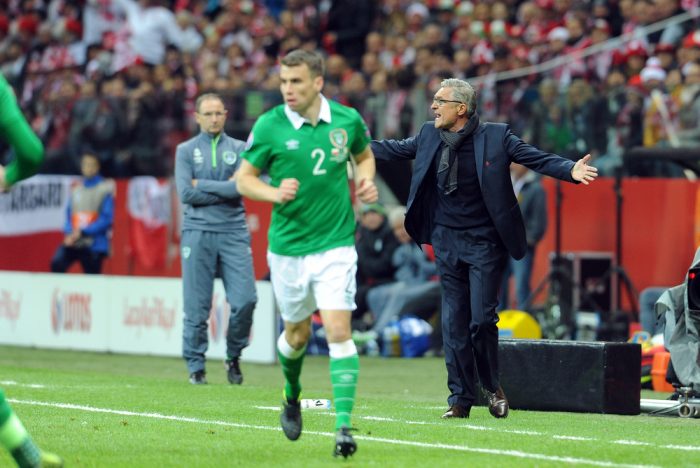 WORLD Cup hopefuls Moldova suffered a shock defeat at home to tournament minnows Republic of Ireland last night, with sources close to the team stating that management are ‘livid’ at the 1-3 loss.

Heading into the Chisinau clash, the Moldovan team looked like hot favourites to win the tie easily, based on the shockingly dreadful performance of the Irish squad in recent matches.

However, spectators at the Zimbru stadium were left dumbfounded when the home side succumbed to an early Republic of Ireland goal, before pulling back an equaliser as the game headed into half time.

Moldovan management put the two second-half Ireland goals down to a ‘dreadful lapse in form’ from their players, adding that they had ‘no idea’ how they could have been beaten by such a poor squad.

“We probably got complacent, thinking ‘ah it’s only ireland, we have this in the bag'” said Moldova manager Igor Dobrovolski.

“But even a team that bad can get lucky at times, I suppose. They got a flukey goal at the start, you could see they were as surprised as anyone when it went in. And the last two, were luck more than anything else. It was our own fault for not getting past their defence more than we did, because their back line was the worst I’ve ever seen… I think our players subconsciously felt sorry for Ireland, and didn’t want to trounce them too badly”.

“We won’t make it so easy on them next time”.