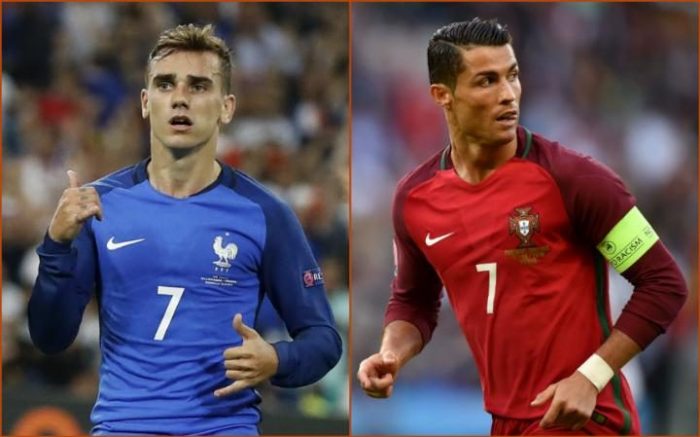 Photos from Portugal’s behind closed doors training session emerged online yesterday and focused largely on Ronaldo getting his taking his top off and flexing his muscles celebration right. There were harsh words exchanged between Ronaldo and his teammates at one point as he felt their hoisting him above their shoulders technique was lacking.

Tactics: Portugal may seek to continue their insomnia curing style of football which has seen them punish opponents once they’ve fallen asleep on the pitch.

Dangerman: Ronaldo. Who else. The talented Madrid man could deliver Portugal their first major trophy if he’s on top form. However, Ronaldo has alread confirmed that in the event of a Portugal win, he will be accepting all medals, and the trophy by himself.

Weaknesses: an unlimited supply of shit haircuts. Have consistently failed to field 11 Ronaldos on the pitch.

Strengths: the Portuguese government’s decriminalisation of drugs in recent years has given their players free licence to take Speed, Heroin and rhino blood moments before kickoff, giving them an edge against opposition teams.

Tactics: France will try to give Griezmann every opportunity to carry out more annoying celebrations.

Dangerman: Griezmann will be looking to ensure he remains top goalscorer at the tournament by adding to his current tally of 6, although there is every chance that Olivier Giroud will accidentally score after the ball hits off his body and into the net.

Strengths: after much debate, commentators and fans alike have confirmed central defender Umtitti has the most amusing name at the tournament.

Weaknesses: an unlimited supply of shit haircuts. Only have 22 terrifying attacking players to choose from.

France will hope Paul Pogba will remain focused, in spite of interest from Man Utd. The Premier League club is expected to spend the match throwing large sacks of cash onto the pitch in Pogba’s direction.

Stats: Portugal has averaged 83.8% passing accuracy across the tournament with France managing 84.6%. This will be of huge interest to football fans who have way too much time on their hands.

Mark Clattenburg will be refereeing the final, almost giving English fans a sense of what participating in a major final feels like.

Predictions: since all evidence points to life generally not being fair, WWN predicts a victory for Portugal after Pepe punches someone in the face without the referee noticing. Ronaldo’s victory speech, in which he only thanks himself, to last over 2 hours.