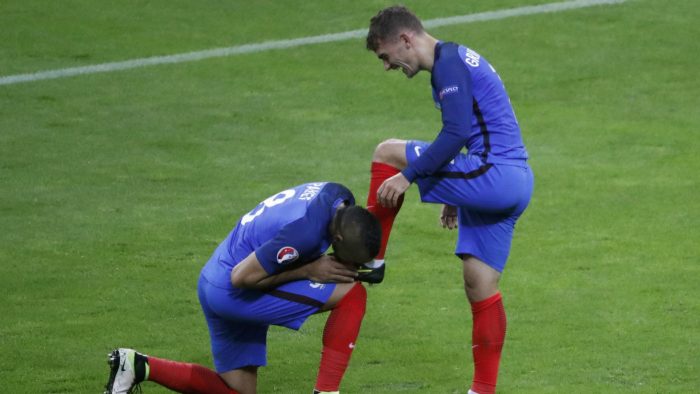 WWN brings you the latest from Euro 2016 as the relisation slowly dawns on all of us that after Sunday’s final we’ll all be forced to go back to watching round the clock coverage of cricket on Sky Sports.

France booked their place in the semi-final against Germany by ruining Iceland’s chances at having an uplifting Hollywood movie written about them. Instead they will have to be content with the fact that their 5-2 loss has thrown English football further into an existential crisis.

Olivier Giroud defied his critics by scoring two goals against Iceland, which pushes the Arsenal man into the bracket of striker who is not world class, but also not shit.

France impressed with a blistering first half display which left a number a neutral fans’ decision to go out and buy the Iceland jersey seem like a complete waste of money.

There were fears among the hosts that they may suffer the same fate as England when they faced off against the plucky Icelandic underdogs, however, France managed to combat the long throws that troubled England so much by refusing to be shit at football.

UEFA have confirmed Paul Pogba was taken to one side after the match and tested for evidence of eagle DNA, after he soared impressively to head home the first goal of the match.

In the second half Iceland managed to restore some pride by scoring two goals, which were presumably scored by someone whose name ends in ‘son’.

Dimitri Payet’s impressive display for France caused further conflict among football fans as they just can’t get used to the idea that one of the most outstanding footballers playing the game today also plays for West Ham.

Up next on Wednesday is the game billed as Bale vs Ronaldo as Wales take on Portugal, although more seasoned football fans know full well a more appropriate title would be ‘Oh Christ, please don’t let Ronaldo get what he wants’.