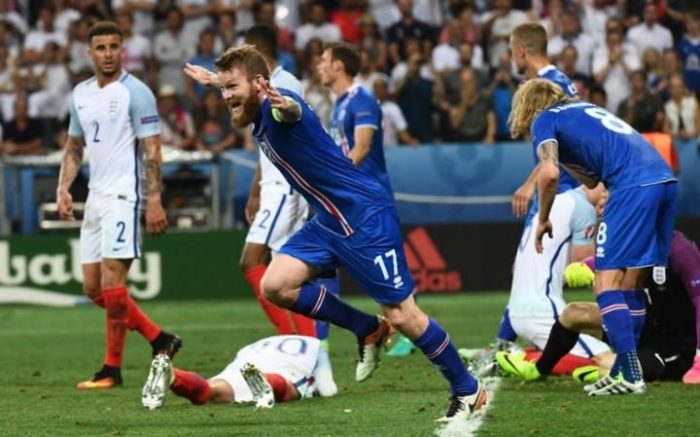 Italy produced another commanding performance, beating the holders Spain 2-0 in a shock win. Graziano Pelle scored Italy’s second goal proving for the second time in this tournament that he is the world’s most lethal striker from 2 yards.

David de Gea’s goal was under siege during periods of the match, leaving the United keeper disappointed to make just 45 world class saves.

Yesterday’s matches saw both Giaccherini and Sigurdsson attempting outrageous overhead kicks, proving that along with hideous manbuns, overhead kicks are the biggest trend of 2016.

There was concern for Italy’s animated coach Antonio Conte as he became so worked up on the sideline during his team’s display against Spain that he suffered 14 heart attacks over the 90 minutes.

Following their defeat of England, the rest of the world has begun a formal process which will see them adopt Iceland. In additional good news, with only a modest population of 300,000 people, there is plenty of room on the Iceland bandwagon.

England’s media have taken the loss in the graceful manner that has long been associated with their tabloids, with Raheem Sterling expected to be executed in Trafalgar Square later today.

While nothing should be taken away from Iceland’s disciplined and tactical masterclass that saw them embarrass England, their astonishing win is made even more extraordinary when it’s taken into account that many of their player’s full time job is playing various wildlings in the HBO fantasy epic Game of Thrones.

England’s elimination forced a temporary shutting down of the internet as it buckled under the weight of Brexit/Euro 2016 jokes and puns.

Roy Hodgson resigned minutes after England’s loss, snatching the record for quickest resignation from David Cameron who had held the record since last Friday. It’s not all bad news for Hodgson however, as it is rumoured he will receive an award for a lifetime contribution to comedy.

England assistant manager Gary Neville is expected to leave football coaching in a bid to return to TV and explain, through incredibly incisive analysis, that he knows it all and that everyone is terrible at coaching.

Over on RTÉ Eamon Dunphy politely explained to the football illiterate public that nothing is fun anymore, football is rubbish and you should hate yourself for watching it. The pundit talked at length about how overrated Harry Kane, life and Deli Alli are.

Pundits elsewhere confirmed that England are absolutely shit and Iceland deserve no credit whatsoever because England are the greatest footballing nation in existence.