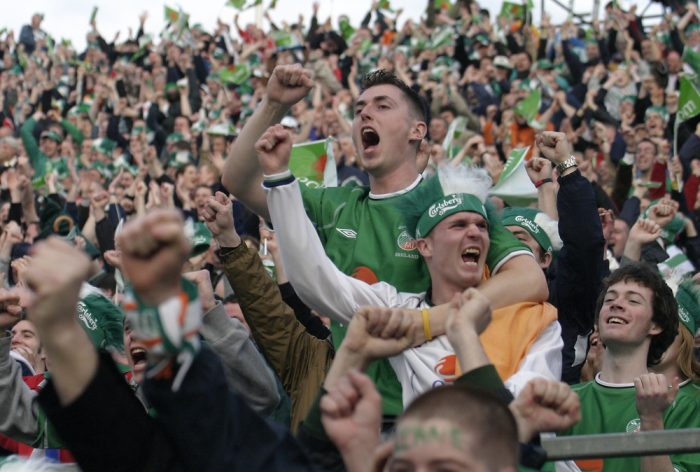 IRISH sports fans have gone down in history as being the best supporters in the world, making some of the most important events over the past 50 years even bigger with their sheer class and camaraderie. We have compiled 4 of the very best Irish fan moments of all time for your nostalgic pleasure. 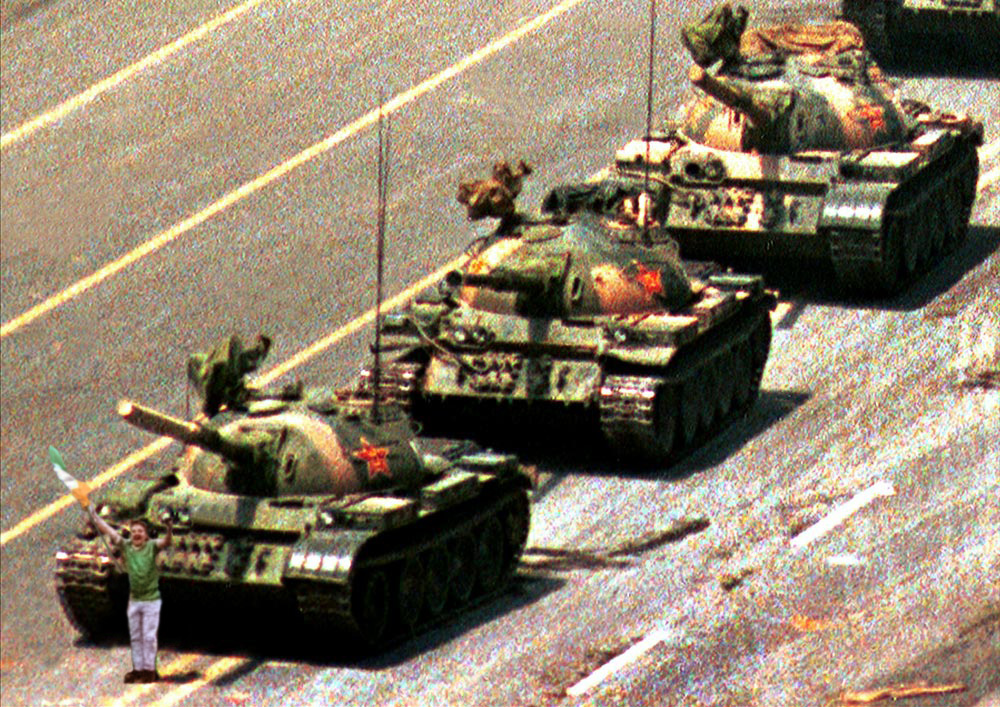 “Olé, olé, olé, olé” were the words echoed around Tiananmen Square in 1989 when Carlow man Tommy Ryan bravely stood in front of a cavalcade of Chinese tanks in defiance of the government’s stance on democracy and its declaration of martial law in May 20, which saw as many as 300,000 troops march into Beijing. Tommy successfully stopped the tanks on their tracks when he began shouting the lyrics to Ireland’s football anthem, which would later see us through to Italia 90 the following year. However, Tommy Ryan was reported missing shortly after this photograph was taken, but he will go down in history for his brave actions. Class.

The Assassination of Osama Bin Laden at his compound in Pakistan 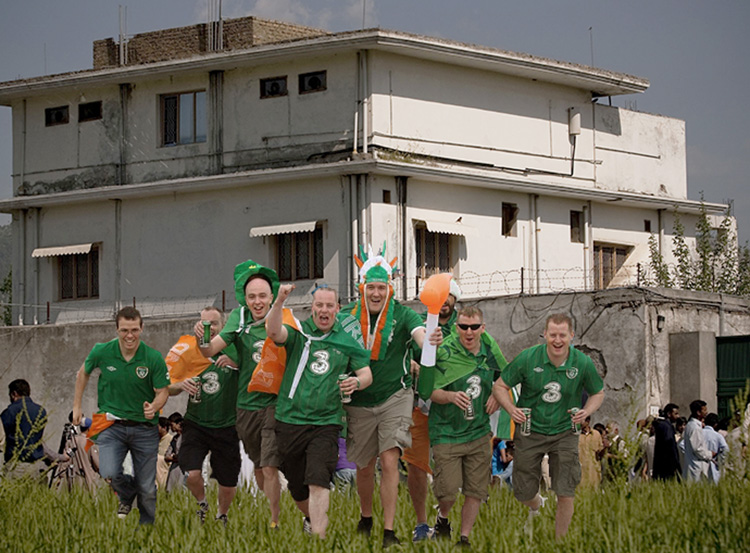 Unbeknownst to US marines at the time, a small band of Irish men were drinking in Abbottabad when Seal Team 6 stormed Osama Bin Laden’s compound. Staying true to their reputation, the lads from Cork bought some cans and legged it over to see what all the fuss was about. Realising they were on the centre of one of the world’s most wanted criminals, the Irish men cheered on as Navy Seals carried out the raid, which left several people dead, including Osama Bin Laden. Members of the hit squad later praised the Irish for their support, stating they could not have completed their mission without their chants. Legends. 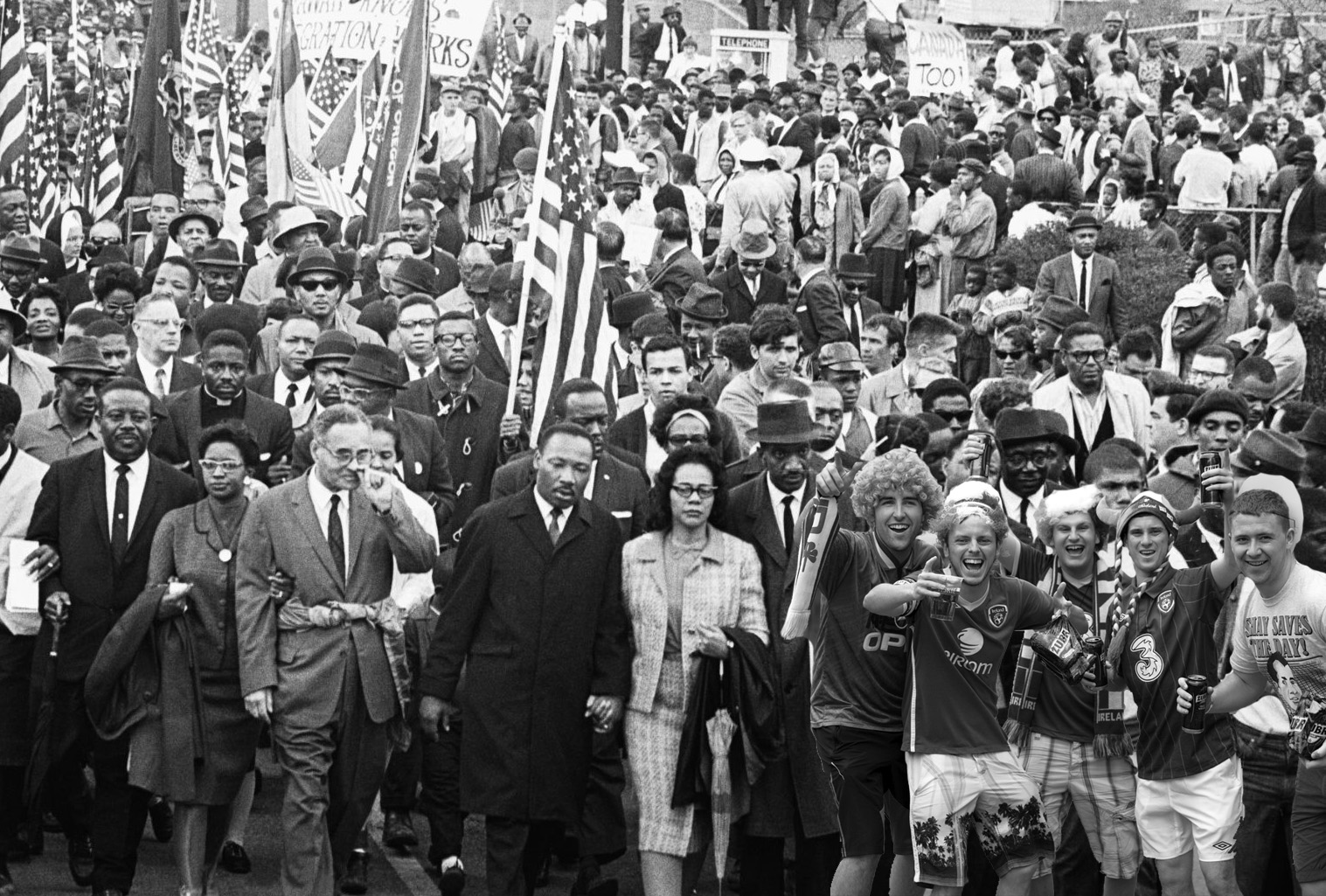 What could possibly improve upon the sight of the downtrodden African Americans people coming together and demanding equal rights with a stirring march of solidarity, aimed right at the centre of the American political machine in Washington? Why Jamsie O’Neill’s stag do of course. O’Neill, since deceased, had along with his mates been in Washington for Ireland’s friendly against USA, but the boys couldn’t resist cheering up the sombre looking faces populating the crowd.

Chants of “We’re all part of Marty’s army” went some of the way to livening the dour atmosphere, proving once and for all Ireland really has the best fans in the world. Martin Luther King Jr would later acknowledge that his inspiration for his iconic “I have a dream” speech came from hearing the Irish fans sing “we all dream of a team of Gary Breens”. Where else would you get it? 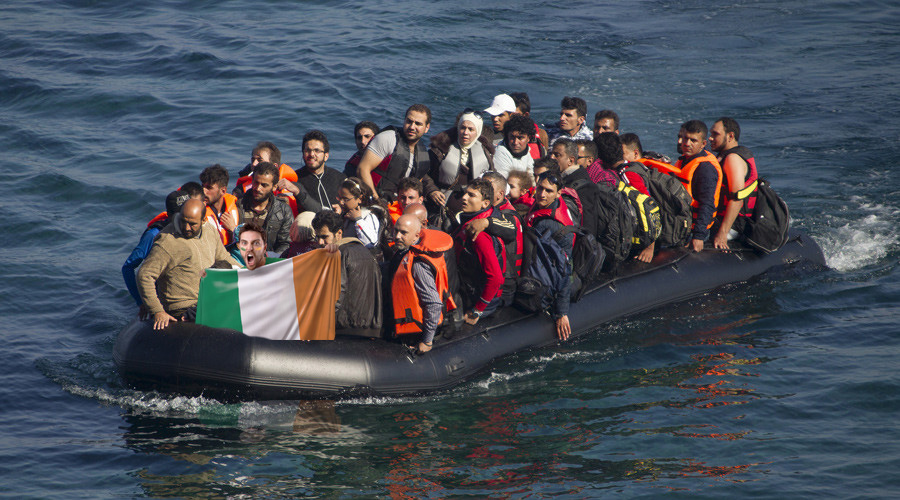 We’ve all been moved by the scenes coming from the Mediterraian these past 18 months, with refugees making the dangerous journey across to Europe in search of safety for themselves and their children. However, one plucky group of Irish fans went one step further and while out on a banana boat for the craic they decided to give the refugees a dig out. Jumping on board the life raft with a tricolour emblazoned with Teresa Mannion saying ‘don’t make unnecessary journeys’ on it, this top banter having lad certainly put a smile on the refugees faces. Credit to the country.