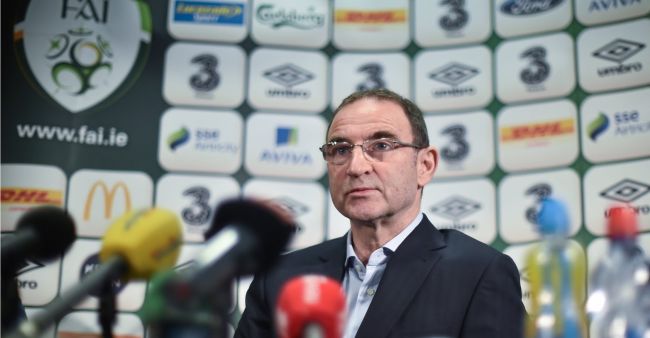 IRELAND manager Martin O’Neill has made an impassioned plea ahead of his final squad announcement for Euro 2016 in France.

In a press conference earlier this morning, O’Neill stated that while he was happy with the majority of players at his disposal, it wouldn’t hurt to have a few extra last minute, world class introductions.

Hoping to further exploit the granny rule which has seen Irish legends Kevin Kilbane, Mark Lawrenson, Ray Houghton as well as Paul Green, O’Neill appealed to any Irish grandmothers, and grandfathers that may have moved abroad and started families with world class footballing offspring in them.

The Ireland manager is hoping that there isn’t a repeat of the great N’Golo Kante incident of 2016, which saw the talented Leicester player win his first cap France earlier this year, despite having Irish roots.

“We were a bit slow on that one, but sure it didn’t turn out N’Golo’s grandfather got the ride off a Donegal lass called Mairead when he was on a Gaeltacht exchange programme. They kept it very quiet and cost us a great player,” O’Neill confirmed.

“If you’re getting on in years, it may be hard to keep track of all your grandchildren, so a recount might be in order and if they’ve got a strike that can put the shits up the Swedes, Italians and Belgians, please get in touch,” O’Neill concluded with tears of desperation streaming down his face.