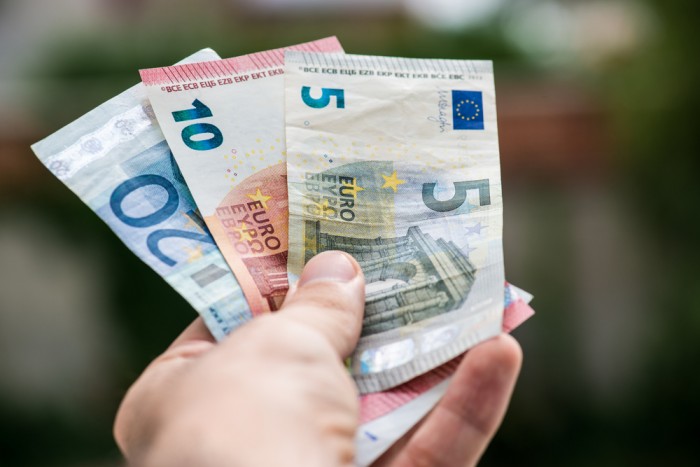 THE NASDAQ rose four points this morning, after Waterford man Seamus Dineen finally broke into the lump sum he accrued when he made his first Communion in 1990.

Shares in New York soared following the decision by Dungarvan native Dineen to release his IR£175 into the marketplace after nearly three decades, with many experts believing that this could be the turn-around the Chinese stock market has been waiting for, although speculators will have to wait until the opening bell in Shanghai to see if that pans out.

Dineen received the lump sum in payments no bigger than 5 pounds from a succession of family and neighbours as a 7-year-old, as a reward for accepting the body of Our Lord and Saviour Jesus Christ for the first time.

As is custom for many young people, Dineen listened to his parents and saved his Communion money, instead of investing heavily in the Sega MegaDrive market like his friends were doing.

Following several years building 0% interest in a Colmans Mustard jar at the back of the press over the fridge, the cash is now valued at somewhere around €220. Sensing that its value had peaked, Dineen decided to sink the cash in one go into the car insurance market, easing the cost of his annual premium renewal.

Speculation is now mounting that the 33-year-old may also be about to spend his Confirmation money. The ECB have frozen all trading until further notice.