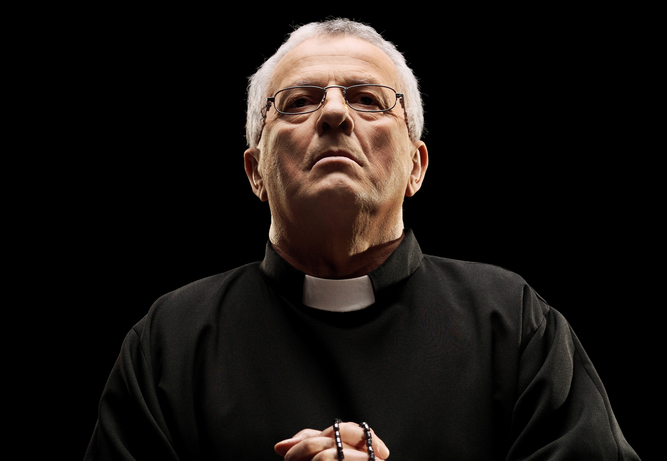 “IT’S all about striking a balance really,” Fr. Cian Shaughnessy tells WWN from inside the house he shares with two other Catholic priests in their parish of St. Brendan’s.

“The three oldest are that bit more grown up now, so you can juggle it all a bit better,” Fr. Cian adds, keeping his modesty intact at all times during our interview.

The 71-year-old priest has fascinated many a local over the years for his ability to effortlessly cope with the demands of the priesthood and fatherhood.

“He makes it look so easy, honestly, I don’t know where he finds the time,” remarked Sharon Grogan, a keen mass goer in St. Brendan’s.

“There’s no real secret, I just say mass like my life depended on it, hit the confession box now and again, and then I sneak off on the sly and head to the children’s mother’s house and say a quick hello,” Fr. Cian reiterates, failing to see how impressive his hectic lifestyle is to those on the outside.

Discounting the priest’s modesty for a moment, it’s hard to deny how admirable Fr. Cian and his life are when viewing it close up. He does give some credit to the children’s mother, acknowledging that she is less ‘high maintenance’ than the mothers of his other 12 children.

“I tend to leave those other 12 to their own devices”.

Has he ever thought of sharing his secret priesthood/fatherhood tips with others like him.

“Ah, I think they know what they’re doing too. Sorry to cut this short, but I’ve to head off to tuck the youngest into bed, do you have any spare viagra?” Fr. Cian said worryingly.

“Oh Jesus, no not like that, the little one’s mother is ovulating and well, I’m 71 and sure baby number 5 won’t make itself ya know,” the affable priest said, concluded our fascinating exchange.