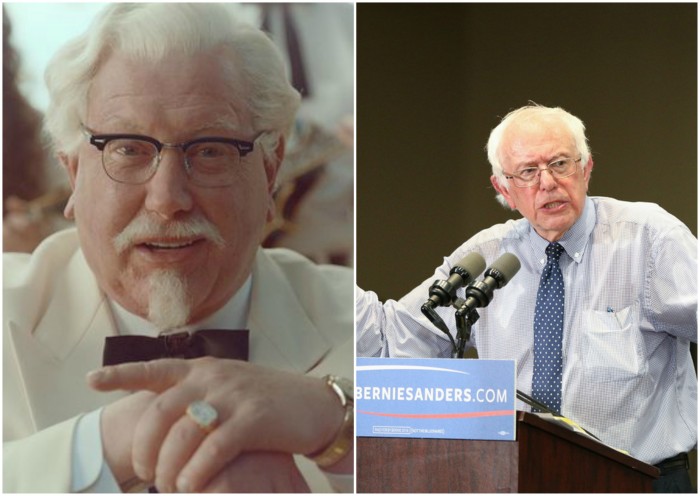 REPRESENTATIVES for the Sanders family in America have gone on record to confirm that they much prefer Bernie, the front-runner for the Democratic nomination for the office of the President of the United States, to the Colonel, who sells fried chicken in buckets.

74-year-old Bernie has been deemed a much better representative of the Sanders family than the Colonel, who is currently dead.

The family reached their conclusion after studying Bernie’s history of advocating tax reforms for the super-rich, free tuition for third-level students, and resolving international conflicts in a peaceful manner. These ethics were found to be of a greater benefit to mankind than the Colonel’s life goal to kill chickens, fry chickens, and sell them to people who wanted to eat chickens.

“We’re not taking anything away from the Colonel, he sure was successful in the field of fried chicken,” said a Sanders family spokesperson.

“But on the other hand, Bernie is in with a good shot of becoming president of the friggin’ country. Plus Bernie doesn’t dress like he’s on the Dukes of Hazzard all the time, which always helps”.

The family went on to say they’ve no real strong thoughts on Larry one way or another.