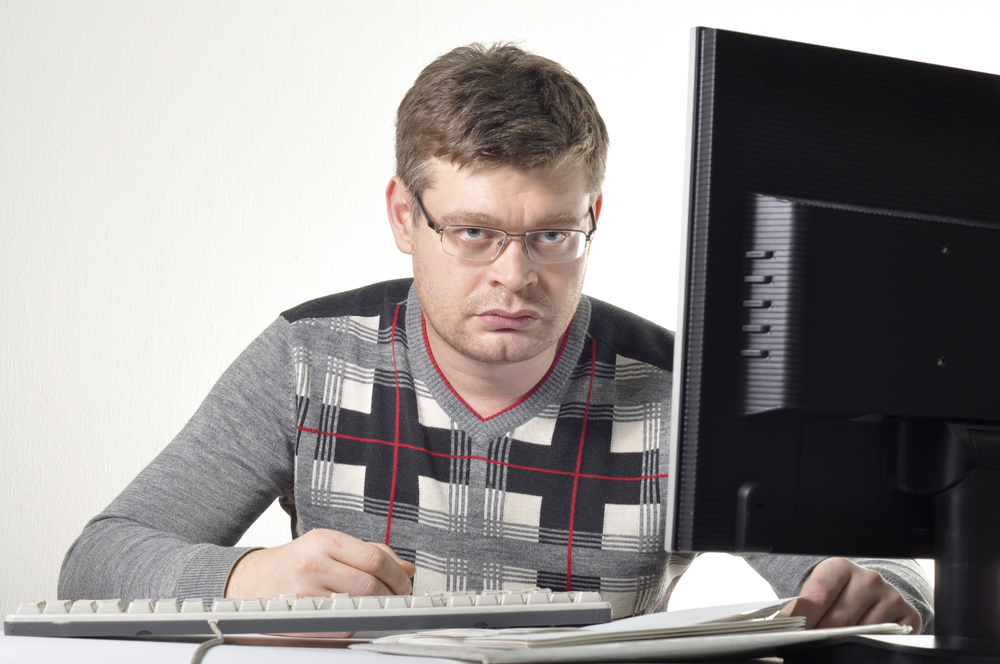 THE daily activities of one Waterford man will return to normal once he puts a YouTube commentator in his place, WWN can exclusively reveal.

Mark Daly, 35, has spent the better part of last night and most of this morning, taking YouTuber “Thug4LIFE69xxx” to task over their differing opinions about the latest TV spot from the upcoming Star Wars movie The Force Awakens.

His comment, in which he stated that while the movie looks visually interesting, but the dialogue gives him cause for concern, was quickly replied to by Thug4LIFE69xxx, who stated that Daly needed to “shut the fuck up”. The teenager then went on to suggest that Daly was a homosexual, before adding that the Waterford man needed to end his own life as quickly as possible.

Thus began a series of exchanges between the two, with Daly sitting up tapping away at his iPad until 2AM last night. The battle took up again this morning, with Daly neglecting all other duties while telling this “little prick” what he thought of him.

“He’s telling me to go fuck myself… nah, he can go fuck HIMSELF,” said Daly, furiously typing insults on his smartphone.

“Little online trolls like this think they can say what they want to grown men like myself… fuck no. I’m going to put this annoying little shit in his place with some well-delivered remarks about how his mother earns a living, and then I’ll be back to normal for the rest of the day”.

In a bid to buy time to properly give Thug4LIFE69xxx a proper fucking off, Daly has instructed the class of 3rd year students that he’s supposed to be teaching to “have a study break”.