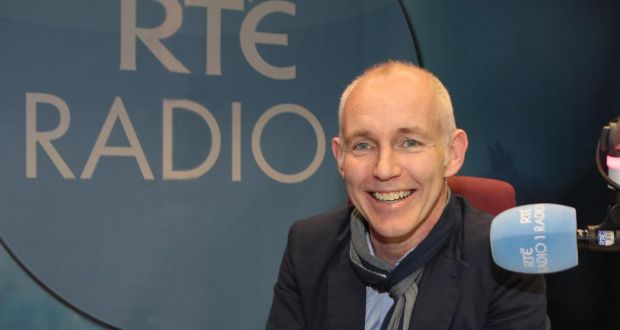 VETERAN DJ Ray D’Arcy has rubbished reports that he was involved in a heated altercation with fellow RTÉ presenter Ryan Tubridy, which allegedly started when D’Arcy ate Tubridy’s lunch “on purpose”.

D’Arcy’s lucrative move from Today FM last year is said to have greatly annoyed Late Late host Tubridy, who up to that point had been proud to be the single most over-paid person on the RTÉ roster.

If reports are to be believed, the pair have been jibing and provoking each other for months in the halls of RTÉ, and this boiled over yesterday when Tubridy went to the canteen fridge to get his turkey & ham sandwich only to find D’Arcy finishing it off at a nearby table.

“People forget Tubridy is a tall man, he’s got some reach on him when he starts throwing them fists,” said one RTÉ employee, who only got a job because his dad knew someone there.

“He went for D’Arcy, screaming about how Ray had deliberately eaten his sandwich. Ray tried to tell him that it was an honest mistake and to sit the fuck down, but you could tell by his face that he had done it on purpose just to piss Tubs off”.

The altercation is said to have been the most exciting thing to happen in RTÉ for nearly 40 years.