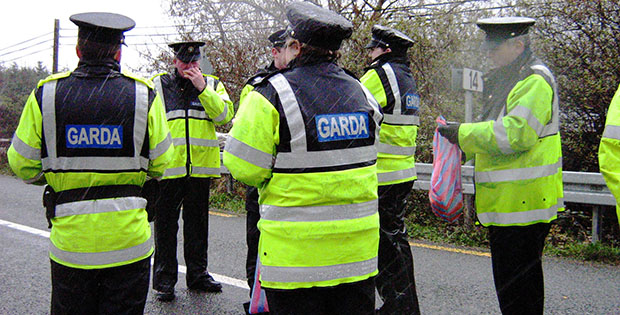 DEPARTMENT of Justice figures released today reveal that Garda numbers have dropped in the majority of Dublin city stations, serving as a fatal blow to breakfast roll sellers nationwide.

“The arse fell out of the market a few years ago and this just confirms it,” explained city centre Centra shop owner Gerrard Gormley.

Despite the recent recruitment of new officers and the promise of 200 more many shop owners fear the death knell for their business off the back of the recent decline in Garda numbers. 2008 saw 1.4 billion breakfast rolls sold to Gardaí compared with just 200,000 this year.

“There would be a time where you would have the Gardaí come in and they’d demand the shop be cleared. They’d cordon off the shop, with crime scene tape and then order, Jesus, about 5 rolls each,” added Gormley.

In recent times the fall off of Garda numbers resulted in desperate measure being taken by Gormley and man other shop owners.

“I’d start me working day off standing outside a Garda station with a lovely and hot breakfast roll, the fumes would waft into to them in the station and one or two of them would follow me right to the shop,” explained Gormley, “but I have a business to run so I can’t be doing that everyday”.

Gormley also acknowledged the increase in Slimline Garda who seem hell bent on maintaining a healthy lifestyle as a real problem too.

“I see now why some public give the Gardaí a hard time. The pricks were coming in here fitting in the door easily enough and they’d ask for salads. Do you know how much I spent on widening the entrance to get the fat ones in?” Gormley emotionally concluded.