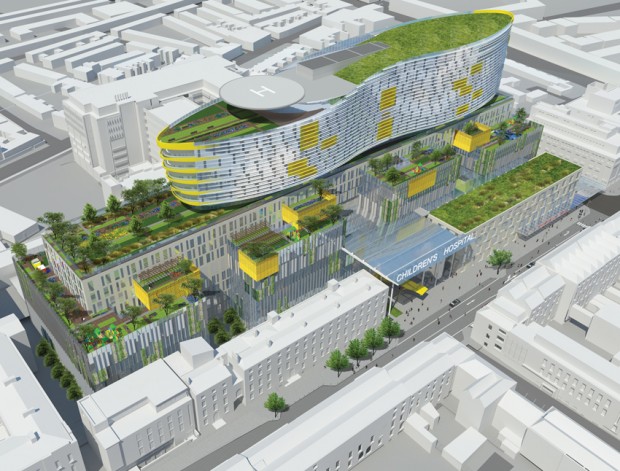 THE Government has confirmed today that Ireland’s yet-to-be-built national children’s hospital will have the very latest in lack of funding technology.

This news follows on from a request made by Minister for health Leo Varadkar to Brendan Howlin asking to confirm whether or not there would be funding allocated to purchase equipment to go inside the shiny new building.

“We, eh, fairly dropped the ball on this one,” Varadkar said of the planning surrounding the new hospital, “I was just double checking if we could maybe buy some stuff to actually go in the hospital”.

Medical experts confirmed to WWN that when a state of the art hospital building is constructed, but has no funding made available to purchase equipment it can no longer be called a ‘hospital’.

“I hope the public can appreciate we’re not all mastermind architects and builders,” minister for expenditure Brendan Howlin told WWN, “we got all the concrete and that over there to start with the build, but I’ll be honest I completely forgot a hospital could require additional money for basic and specialised equipment”.

Howlin went on to confirm that funding would be allocated down the line at such a time he hoped we would all forget about it.

Meanwhile the minister for finance Michael Noonan wouldn’t be drawn on the possibility of providing the extra money required.

“Ah, look it, kids have great little imaginations on them, they can always pretend they’re getting better,” the minister confirmed.

With the recent cut of 10% to the minister for health’s capital spending budget, it is speculated that the Government has forgotten to cancel one of several high-cost projects for fear of being up front with the public.