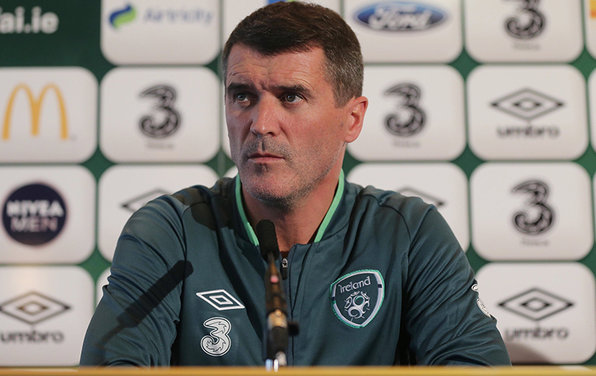 Following Ireland’s disappointing loss at home to Serbia yesterday evening the media is hoping it is only a matter of time before Ireland’s assistant manager Roy Keane reverts to type and goes insane.

The media’s output regarding the current management which took over in November has had to be largely positive and controversy free due to Keane’s newly acquired serene outlook, much to the chagrin of the Irish media.

During a post match press conference following Ireland’s loss to Serbia a number of journalists were preparing for Keane to show a glimmer of rage which many feel has characterised much of his career in football.

“You live in hope, I suppose, and the 2-1 loss is a great start,” shared a journalist from an Irish tabloid, “when Keane finally flips the lid again, I’ll go from a small match report on page 57 to front page news,” he concluded while licking his lips.

Upon Keane’s arrival at the post-match press conference he faced a number of tough questions which hoped to unearth the cracks in his fragile zen-like persona.

“You played with Scholes, Van Nistelrooy, Stam and Robson. Now you’re coaching Stephen Ward – does that make you angry Roy? Even a little bit?” offered one journalist who was wearing hefty padding and a helmut in anticipation of a trademark Keane outburst.

“No, not at all. The boy Wardy put in a good shift, can’t fault him really,” responded Keane visibly unmoved by the questioning, “a lot of positives when you think about it. Okay lads that great, thanks for all your questions I’m off home,” added Keane as the assembled media let out a gasp of surprise.

“We’re fucked,” whispered one panicked journalist, “quick someone shout out ‘Saipan’ before it’s too late, my editor won’t publish this boring shite”.

There are real fears amongst the press core that a relaxed, uncontroversial Roy Keane could mean a number of job losses for sports journalists following the Irish team as a levelheaded, calm Keane does not shift newspapers.

Upon Ireland’s assistant manager exiting the press conference a journalist took to addressing his peers directly. “Lads, I know you might think this is going too far but we have to do something about this. Anybody want to slash his tyres or I don’t know – tell him Triggs was a League of Ireland standard dog? Anything to get a reaction. Please, I need this,” pleaded the erratic Star journalist.