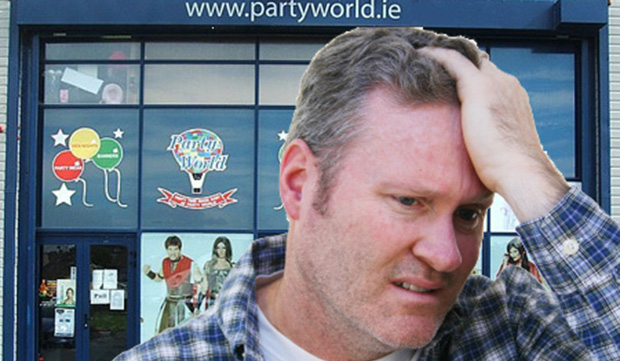 Geoff Fallon, an IT specialist, spent his morning searching the internet in the hope of finding an amazing halloween costume.

Fallon, a 34-year-old seemingly mature man, had been ignoring most of his work this morning as he struggled to find that show-stopping costume for a night out that is only a matter of weeks away.

With the pressure really on and time running out Fallon diverted all incoming calls and emails in order to focus on the task at hand.

After texting a number of friends to gauge their thoughts on dressing as the royal baby he was left with no choice but to go back to the drawing board.

In order to give himself the necessary time to come to a decision Fallon has taken the understandable step of cancelling dinner this evening with his girlfriend of seven years.

“She’ll understand, this is a once a year thing and I can’t have someone showing me up, we can go to dinner anytime,” remarked Fallon to a co-worker he was left doing the work of two people.

Fallon’s nightmare continued as his search for the perfect costume was reaping no rewards.

Disillusioned at this point, Fallon put a call into his mother to get some feedback. “Yeah, yeah, yeah never mind Dad’s operation have you got that industrial strength glue I used for my Wolverine costume last year? Mum, listen he’ll be fine, ‘critical’ is just a figure of speech, would you have any spare denim for a Minions outfit?”

Fallon has already made the decision to call in sick tomorrow so as to afford him the time to really come up with a winning idea.