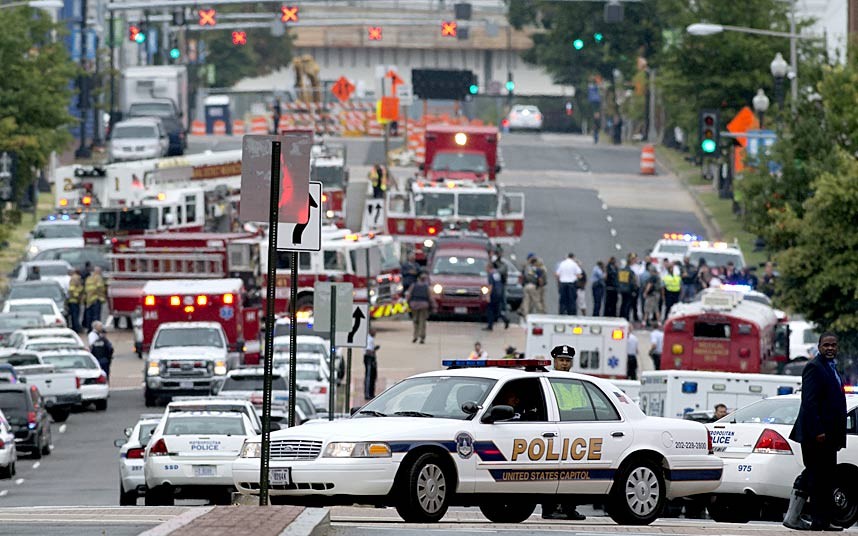 A RENEWED debate on the root causes of mass shootings is sadly under way again in America today following the tragic murder of 12 people by an ex-Navy serviceman.

The powerful pro-gun lobbyist’s in America have expressed their sheer delight that Rockstar’s gaming behemoth Grand Theft Auto series released it’s latest installment to the public these past few hours as it will fitfully serve to dilute any meaningful debate.

The victims, whose names you don’t know were killed by gunman Aaron Alexis, a 34-year-old who had several gun-related brushes with the law in the past. But did you know that you can actually pay for prostitutes in the Grand Theft Auto games? Or that you use guns to kill innocent virtual ctizens. I mean, actual non-real computer generated guns!

While the full details of the case are for now largely unknown this is not expected to get in the way of certain sections of American society prejudging and blaming violent video games for this latest tragedy.

They will not draw attention to the unfolding mental health crisis many western countries are in the grip of. They most definitely will not highlight the fact that as many as 1 in every 4 adults Americans are diagnosable for one or more disorders.

The stigma surrounding such disorders will remain intact and there will be no mention of PTSD amongst veterans as the American pro-gun lobby will instead point to the fact that as Michael, Trevor and Franklin you can violently attack pixels in almost endless ways.

Head of the NRA, Wayne Pierre, has been quick to obscure the debate by saying “I only looked at the cover of this GTA and suddenly something came over me and that was enough for me to go my vast supply of guns and ammo and shoot at shit. I think we know evil video games are to blame.”

The body politic in America will look for a compromise on how to best misrepresent the gaming industry and communities instead of reaching a meaningful consensus on stricter gun control.