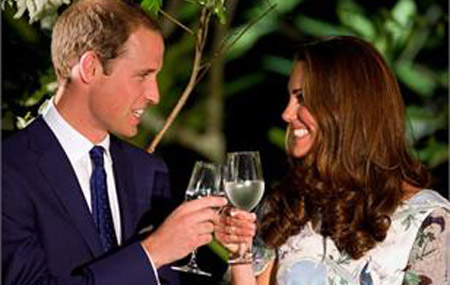 THE BRITISH Press association today has promised to drag the absolute arse out of the royal baby story for the foreseeable future.

Yesterday afternoon, the Duke and Duchess of Cambridge announced they were expecting a child, much to the delight of numerous UK tabloid newspapers.

“We’ll get a good couple of years out of this before they tell us to stop taking pictures of the little fucker.” said Daily Mail editor  Paul Dacre.

“There are so many angles and baby topics to address. Will they call it Diana if its a girl? Will she breast feed it with those saggy boobs? Will the prince lose interest in her vagina when he sees an eight pound baby squeezing out of it?”

Tabloid newspapers are expected to make £6bn in revenue from the story and have already started bidding on the first baby scan pictures.

The press association have requested that all other news stories are to be suspended for at least six months. Global conflicts and natural disasters will come second to the royal baby and its birth.

“The second coming of Jesus will be nothing compared to this.” said chairman of the association Mark Phealan.

The baby is expected to arrive into the world in May, and cost British taxpaying peasants £2billion over the course of its pampered lifespan.