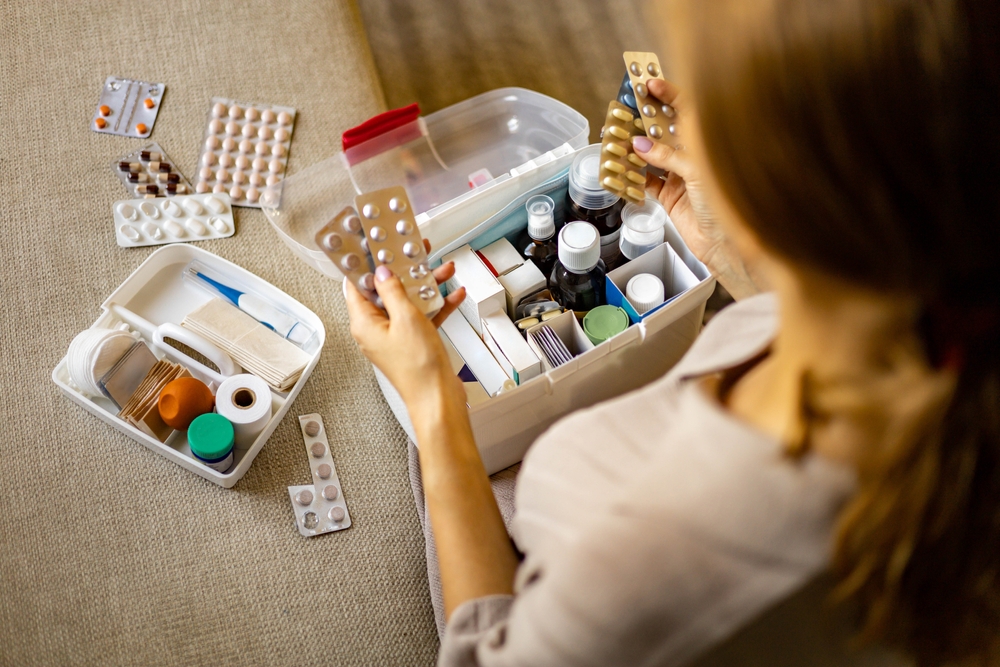 LONG BEFORE the issuing of a plea by the HPRA to the public not to stockpile medicines amid a shortage in pharmacies, local mother Lorraine Halley could boast the largest collections of medicines this side of a drug dealer.

Initially housed in a single kitchen press, the complete stock of over the counter and prescription remedies and cures is now spread across multiple locations throughout the house with the precise locations seemingly only known by Halley herself.

“What’s bothering ya, is it a cold? A cut? Inflated buttock? Damp elbow? Shattered eye? I’ve something for it all,” explained Halley, drawing on years worth of ‘better safe than sorry’ purchases and stockpiling.

Kitted out like ambulances dispatched to the frontlines of a war, Halley’s large shoe boxes and tubs are just as capable of easing pain and resolving ailments as any medium sized hospital.

“They recalled these pills a few years ago because they randomly caused peoples’ lungs to burst but that’ll sort that horse voice you have,” offered Halley to one of her children, while wrapping them entirely in gauze dressings.

Such are current shortages in cold syrup and lozenges among other products, Halley asked been asked to repurpose her home as a pharmacy until normal supply is achieved.

“I’ve been planning for such a scenario for the last 20 years,” confirmed Halley as she brought out fresh supplies of first aid kits, methadone and dialysis machines from under the stares.