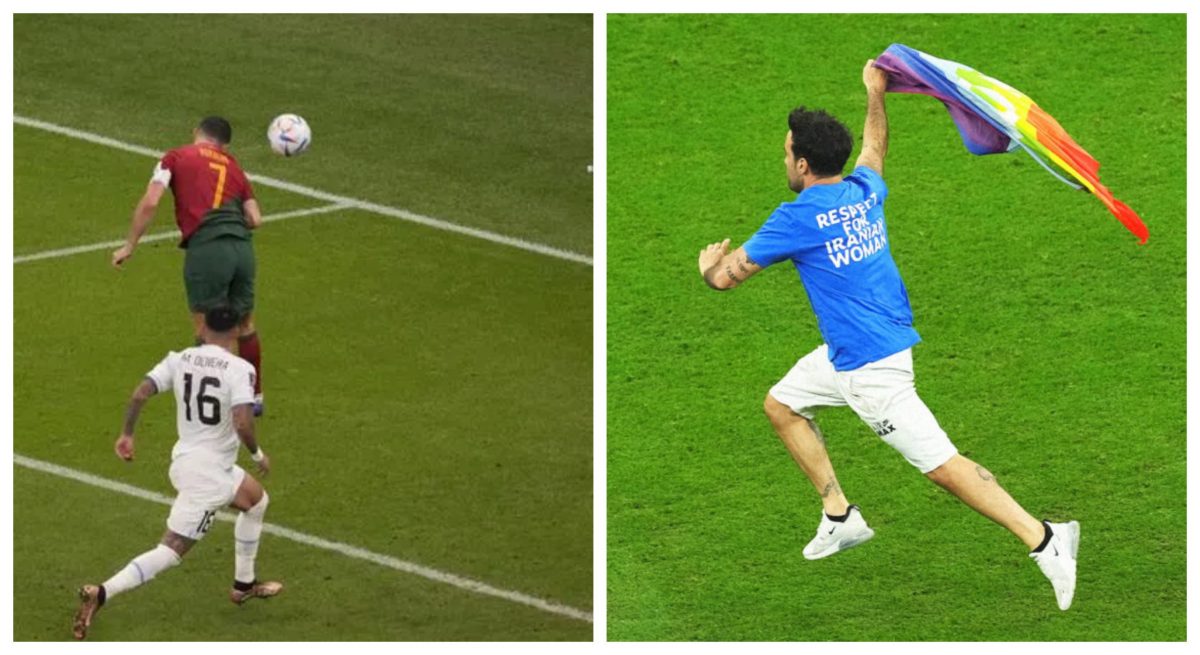 THE FIRST two games of the day were so thrilling as to almost make you forget the World Cup is being held in Qatar.

Serbia and Cameroon played out at a thrilling 3-3 draw but the game will be remembered for Vincent Aboubakar’s stunning goal.

Finishing like a man who thought he was offside Aboubakar scored with the most delicious chip this side of Leo Burdocks.

Cameroon’s comeback was due in part to Serbia’s defending, which was as coherent as Shane McGowan at the end of a tour of the Guinness factory.

Coming back from 3-0 down to 3-2 South Korea, searching for an equaliser, became more frantic and desperate than culchies trying to get their on tickets for a sold out Garth Brooks gig.

South Korea were denied a chance to take a final corner at the death by referee Anthony Taylor who blew for full time, prompting South Korea’s manager Paolo Bento to blow his fuse and get sent off for haranguing Taylor like a drunk student being ejected from Diceys by bouncers.

South Korean fans were seen crying in the stands at full time, not about the game; they had just received a heating bill from Electric Ireland.

A resilient Swiss team kept Brazil at bay for much of their group G game by parking the entire Dublin Bus fleet in front of their goal.

Vinicius JR thought he had put Brazil in front after finding himself in more space than the International Space Station but the goal was ruled out for offside.

Brazil finally broke the deadlock when Casemiro scored with a strike Mick Lynch would have been proud of.

The game was briefly interrupted after the lights dimmed in stadium towards the end of the first half after Ronaldo, Cafu Kaka and Carlos thought cutting the lights might stop the TV director from constantly cutting to them in the stands.

The evening kick off saw Portugal face off against Uruguay in a match Pepe amazingly found the inner strength to avoid getting sent off in despite everyone thinking it was inevitable.

Leaping like a spring-loaded salmon with pogo sticks for fins, Ronaldo made an attempt to head home Bruno Fernandes’ cross which sailed into the back of the net.

Ronaldo’s celebrated like he had scored but his claims were as convincing as that mate of yours who said he scored Scarlett Johansson at Irish college.

Or to put it a different way, Ronaldo was about as convincing as the Qatari authorities when they say they will treat the LGBT flag waving pitch invader fairly.

Making headlines around the world, a pitch invader entered the field of play brandishing an LGBT flag and a t-shirt with Save Ukraine on the front and Respect Iranian Women on the back. He also wore a sweat band which said Oasis – Please Reform, while his boxer’s read Island’s Edge Isn’t Real Stout. His socks were emblazoned with Taylor Swift Is Overrated and The Luas Should Be Free.

Fernandes scored Portugal’s second goal from a penalty, which was more controversial than Matt Hancock’s appearance on I’m A Celeb.

Today’s matches see Iran and USA on the verge of all out war and everyone hoping England bottle it against all the odds.