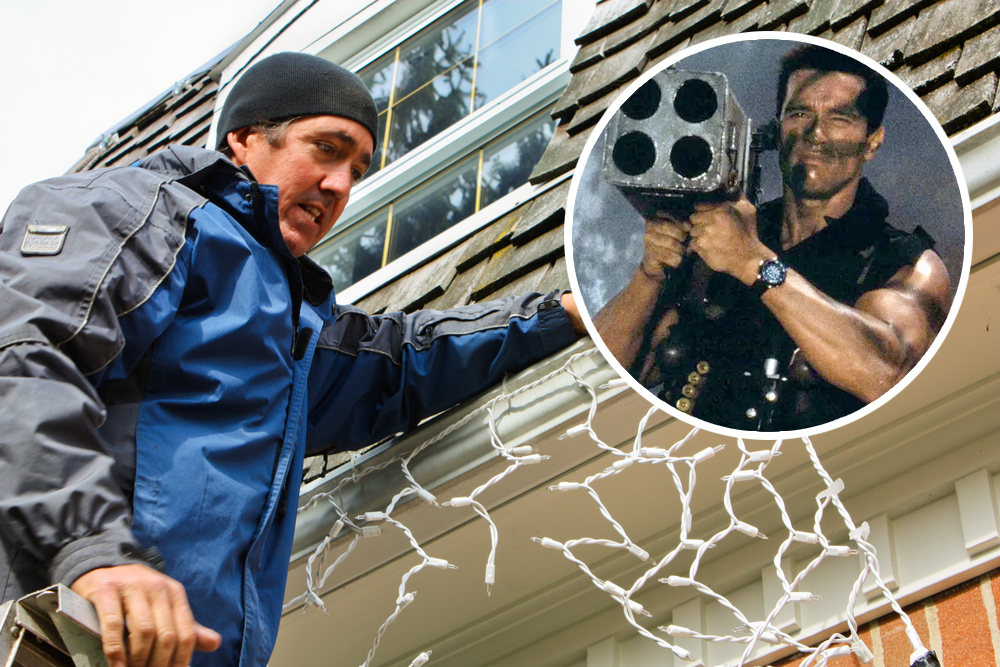 WATERFORD ‘Christmas commando’ Derek Deeley is currently getting in the zone for decorating his house this weekend, with his wife Martha warning their two kids to ‘not go near Daddy while he’s like this’.

“Now you know how your father gets when he’s planning his Christmas assault, so just stay out of his way or you might get a bauble to the face,” urged Mrs. Deeley as sounds of her husband cursing loudly in the rafters echoed around the house.

Meanwhile Mr. Deeley has stated that he has now achieved a zen-like state of festive focus that will allow him to illuminate the outside and inside of his house with ruthless efficiency, as long as his loving family ‘stay the fuck out of his way’.

“This is what we’ve trained for all year, don’t mess it up now,” Deeley told himself, as he loaded AA batteries into a range of dancing Santas and light-up Nativity scenes like bullets into a clip.

“Oh-eight-hundred hours, scale the outside walls and lay down suppressing illuminations on the perimeter. Oh-ten-hundred hours, engage tree. Move to subsequent interior targets, engage all hostiles with Yuletide cheer. Leave no blow-up snowman behind. Evac to pub at nineteen hundred hours for some R and R. Hoo-ah!”

Deeley went on to liken his mission to that of Arnold Schwarzenegger’s storming of the island of Val Verde in the 80s action classic Commando – although it must be pointed out that Arnie did not eat anywhere near the same amount of biscuits in that particular instance.