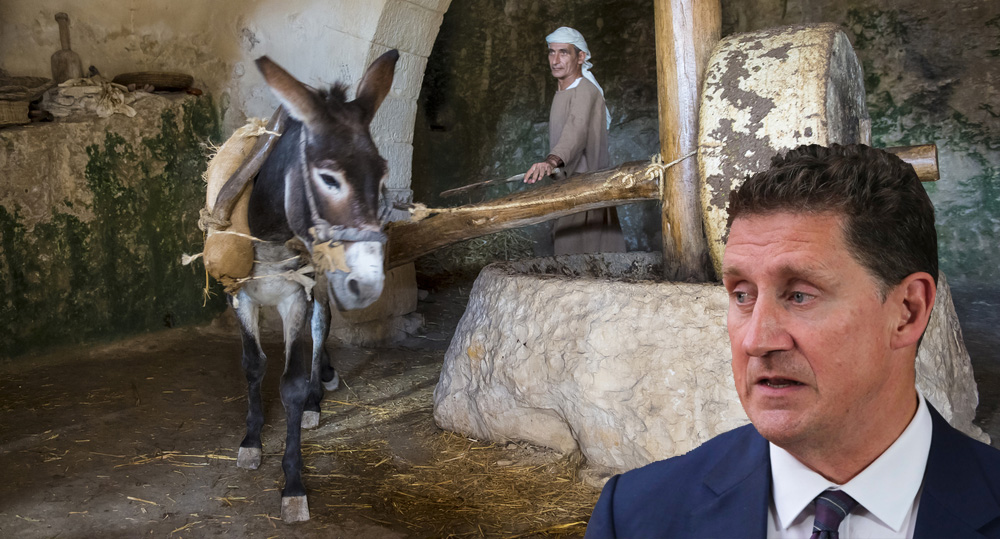 OVER 400 donkey dynamos are to be erected nationwide in a bid to secure energy supply due to the significant risks to the country’s electricity network, the government announced today.

Coaxed to walk in circles by a dangling carrot on a stick, shift-worked donkeys attached to a large dynamo are expected to inject enough power back into the national grid to charge a Nokia 3210 in just under 8 hours.

“This clean source of energy… ah, shite… ” Eamon Ryan began as just as he accidentally stepped in donkey manure, “excuse me, this clean source of energy is sustainable and doesn’t rely on fossil fuels,” he said, now demonstrating by walking around in circles ahead of a concept donkey dynamo in County Louth today, “obviously we may need tens of thousands of these to curtail the current crisis, but this government is confident we’re on the right track”.

Asked whether he took carbon emissions from the donkeys into account, Mr. Ryan deflected the question, instead pointing out that there were a few snags in the plan, but reconfirming it was a plan, nonetheless.

“Yeah, well, we could attach balloon type bags to their rears to capture whatever flatulence was emitted by the donkeys and then let them float into space,” he retorted, seemingly chuffed with his quick thinking, “obviously this is at the early stages of development but let’s try to be optimistic when it comes to fighting climate change; there’s far too much pessimism from the media in this regard,” he concluded, as the donkey ironically stopped for a dump and a little standing up nap.