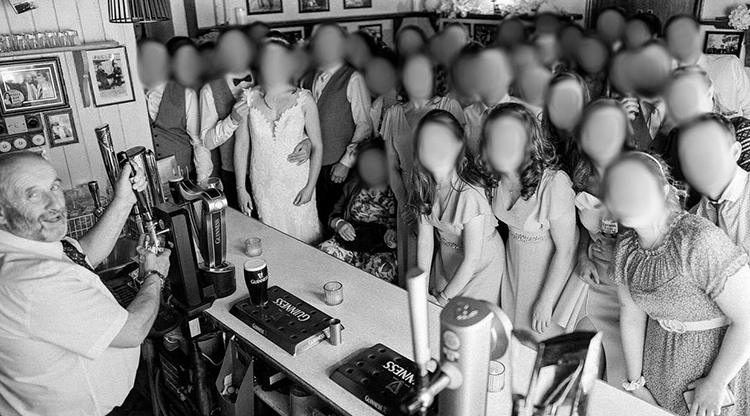 A CREW of well-trained undercover Dublin crisis actors determined to give the fine folk of Kerry a bad name are responsible for the chaotic footage that emerged from Danny Healy-Rae’s Kilgarvan pub, according to a spokesperson for Danny Healy-Rae.

The Kerry TD was criticised by non-Kerry people after scenes of unmasked, shirtless men dancing on tables with Healy-Rae himself in the background emerged on social media, prompting a full investigation into how a quiet, honest, god-fearing man of the people such as Danny Healy-Rae could have been taken advantage of by such a savage group of non-locals.

“It’s clear to us that, in order to deflect from the mess happening up in the Merrion Hotel, the government quickly trained some Dublin bowsies to do a Kerry accent and sent them down here to rise trouble,” said family spokesman Derek Healy-Rae today.

“For one, we don’t allow smart phones in the pub, there’s enough smartness in there without adding more. So for there to be phone footage of the incident, that had to be an outside job”.

“Second, Danny himself has no mask on, because some lad tore it off his face and started waving it over his head singing Maniac 2000 – clear Dublin behaviour right there. And of course, once they had their footage, they only stayed for nine more pints each – more proof that these were soft-handed, Dublin men and women who can’t handle their drink, sent here to discredit the good people of Kerry”.

The gang are believed to be the same people who featured in the infamous Berlin D2 footage, after being sent in to provide a handy scapegoat for the government at the time.