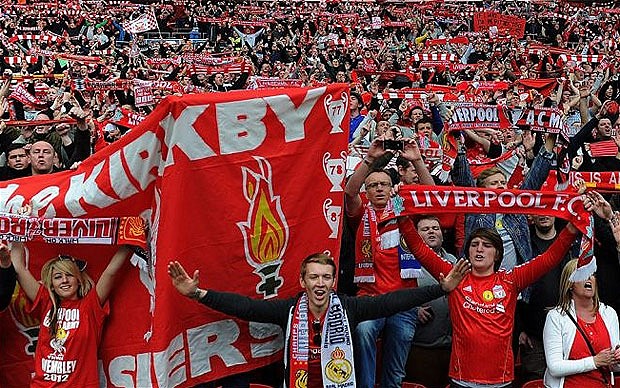 FOLLOWING their commanding 6-1 victory over Watford yesterday, Liverpool fans have begun pushing for an immediate end to the Premier League season, which would see their team, currently sitting on top of the table, declared champions.

“This league is just too long, there’s always been talk of putting in a winter break, but I think fans of all teams would agree, we need the league to finish around about right this minute, to save the bodies of these fragile footballers,” one Liverpool fan urged on social media as he shared a link to the petition.

The petition entitled ‘end Premier League this week as fixture list is dangerously congested, nothing to do with the fact Liverpool would then win the league by virtue of being on the top of the table right now’ has been signed by over 1 million Liverpool fans in the last 24 hours.

“Look, this is about player welfare first and foremost, I hadn’t even realised we’re top of the league when I signed it,” confirmed another Liverpool devotee.

Manchester United fans have been forced to deny they set up the petition for their own amusement in order to watch Liverpool fans ‘lose the run of themselves’ but admitted that witnessing such an occurrence is likely the only joy they will feel this season.