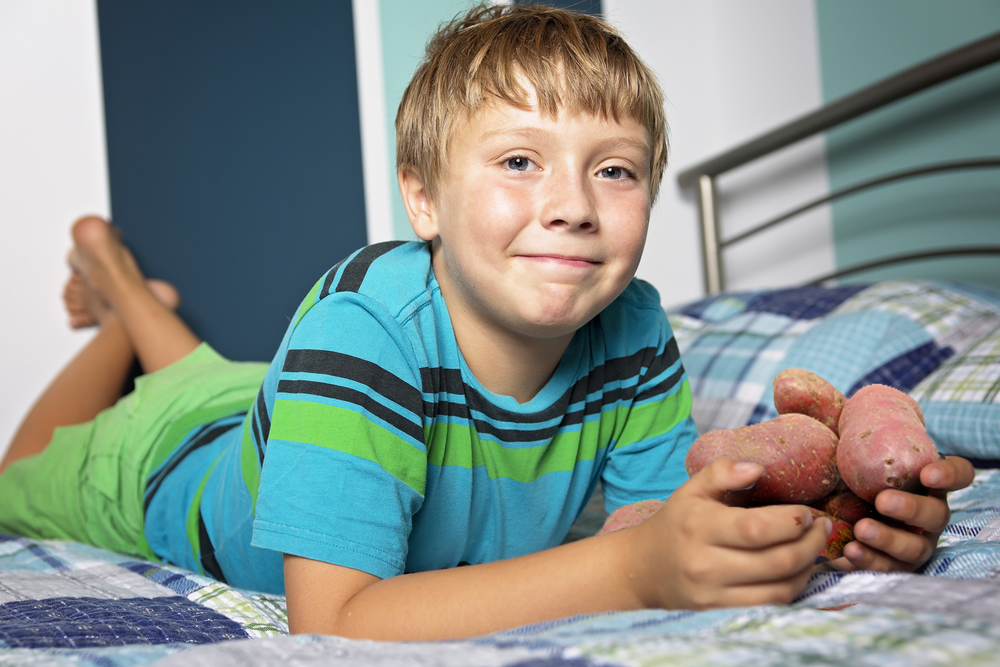 DOCTORS at Cork University Hospital have admitted to being baffled at a recent case involving a 14-year-old boy who was found to be growing spuds behind his ears.

Conor Houlihan, who lives with his parents in Mitchelstown, began complaining about hearing loss 6 months ago prompting parents Terry and Rachel to eventually decide to bring him to their local GP.

“Doctor Carey immediately referred him to hospital after finding the large lumps,” Terry Houlihan explained, “we were all very worried it could be cancer or something”.

Following several examinations, the young man was passed on to an ear specialist, who later was left dumbfounded by what he had found.

“I made a slight incision and found spuds growing under the skin behind his ears,” Dr. Kevin Power explained, “it appears he didn’t clean his ears in a very long time and the spuds just started growing. This is very rare and something I have not witnessed before in all the 32 years I have been practicing medicine”.

During a 2-hour procedure, a staggering 1.23 kilograms of red roosters were later extracted using surgical instruments from Conor’s ear, which were later cooked and eaten by the family.

Dr. Power urged young people, and their parents, to make sure to clean behind their ears regularly, as the waxy build up can be prone to rooting vegetables if left to fester.