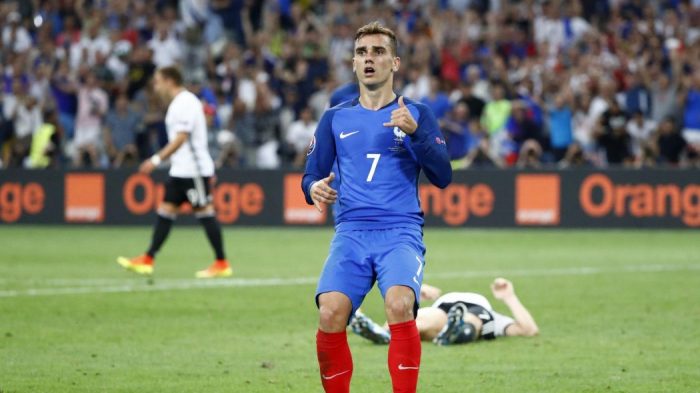 WWN is here to bring you the latest from last night’s Euro 2016 action which saw the hosts with most progress against the Germans.

After a bright start in the first 3 minutes and 23 seconds France was bombarded by the German players who seemed hellbent on recreating some of the more relentless horrors visiting upon the French during World War II.

France received a stroke of luck towards the end of the first half as Bastian Schweinsteiger carried on the trend of German players attempting to use their arms and hands in order to become the first humans in history to learn to fly. There was much debate among football’s blind community about whether Schweinsteiger’s handball warranted a penalty or not.

Antoine Griezmann slotted home the penalty after failing to be distracted by just how massive Manuel Neuer looks when standing between the posts.

Griezmann confirmed his status as player of the tournament so far with another two goals, but public appeals have been made for him to stop using that God-awful celebration.

UEFA has confirmed they have sought clarification on the celebration’s meaning, and will let the public know if his hand gesture thing is to do with phones or it’s just a really piss poor celebration. In unconfirmed reports it is believed several disgruntled football fans kidnapped Griezmann after the match and staged a celebration-intevention urging him to ‘cut out the dancey phone thingy shit’.

The Germans confirmed in the post-match interviews that their chaotic and panicked scrambling in the box was an artistic reinterpretation of English football over the last 50 years.

Despite a decent showing, Paul Pogba’s performance was further indication of just how weak the sterling is, with the player somehow valued at £100 million.

Germany coach Joachim Loew took centre stage on TV cameras towards the end of the match as each German chance resulted in Loew’s heart breaking in a similar fashion to a teenager who is being broken up with for the first time.

Superstitious German fans blamed the manager for the defeat as the semi-final represented the first match at the tournament in which Loew was not caught on camera sniffing his hand after removing it from his pants.

Premier League favourite N’Golo Kante entered the action for France in the 71st minute, making a significant contribution by racking up an impressive 709 tackles in his time on the pitch.

Viewers tuning into the BBC’s coverage of the game sent in a number of complaints to the broadcaster after full time, stating that they had only decided to watch the channel in the hope Thierry Henry’s smug smile would be wiped off his face.

Sunday’s final will now see Portugal attempt to put in a performance of a lifetime in order to win and thus ensure they don’t have to listen to Ronaldo moan about how they ‘ruined everything’ for him.