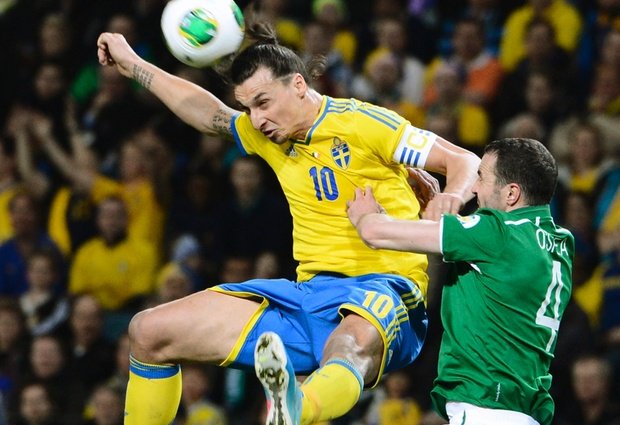 Sweden fact: the Swedish national team’s nickname is ‘The Blue-Yellow’ which ranks as the single worst nickname for any team in the history of organised sport.

Key battles: the Swedes are an infamously attractive bunch of people, so it is incredibly important for Irish fans not to be distracted by the genetically gifted female Scandinavians in the crowd. And it would be remiss of us not to note that the male portion of the Swedish support also pose the risk of distraction. The boys in green need to get lost in songs and chants rather than in Bjorn’s blue eyes.

Conversely, we’ll all have our fingers crossed that Shane Long’s Celtic good looks can force the Swedish eleven into some awkward questioning of their sexuality. Such an occurrence will give Long at least two yards head start when it comes to any over the top long balls.

Ireland will also be relying heavily on Jon Walters’s ability to be Jon Walters.

Songs: For the uninitiated the lyrics to Olé Olé Olé are as follows; “Olé, Olé, Olé” – repeat until you collapse from exhaustion.

Sweden fact: the team is an oddity within the tournament as they don’t do any warm up before matches, instead opting to watch Ingmar Bergman’s classic movie Persona before every game. It is regularly listed as one of the best movies ever made, however, it isn’t as good as Intermission.

Formation: Ireland’s formation will remain a mystery to Swedish manager Erik Hamren right up until kick off, but Martin O’Neill will be able to rely on the Swede’s predictable flat-pack back four which is routinely assembled before each kick off based on incomplete and maddening Ikea instructions.

Sweden fact: each year the winner of the Miss Sweden is locked away from public view in a basement, as she is deemed far too beautiful to waste on this wretched world.

Tactics: Martin O’Neill has confirmed his intention to smother John O’Shea in glue moments before kick off in the hope that the defender can fling himself at Sweden’s starman Zlatan Ibrahimovic, making his job of sticking close the striker that bit easier.

Wildcard: While it defies logic, we’re all hoping Roy Keane storms the pitch in full kit after the kick-off and tears into Zlatan Ibrahimovic as if he was the resurrection of Alf Inge Haaland.

Additional Wildcard: there’s every chance Zlatan will make a ritualistic sacrifice of Roy Keane moments before kick off in scenes more violent than anything dreamt up by Game of Thrones author George R.R. Martin.

Prediction: with all available information at hand, the WWN’s sport team is of the belief that Ireland could sneak a hard fought 10-0 win.