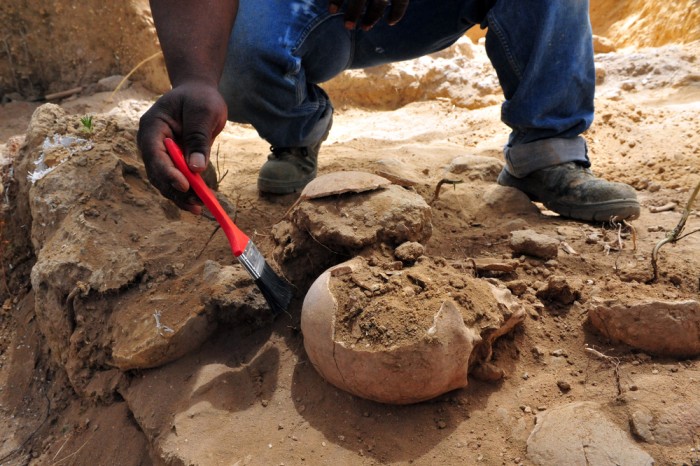 A QUICK trawl through the comments section of YouTube, or Google search of the phrase “are women funny?” may have lead you to believe that a funny woman has never existed at any stage in history.

Now that theory has been blown out of the water, with the discovery of an archeological site in the region formerly known as Babylonia which experts suggest may contain the tomb of the world’s first, and perhaps only, funny woman.

Dated back to somewhere around 1400 BC, the crypt was discovered by archaeologists earlier this week. Adorned with hieroglyphic images synonymous with those of Babylonian comedians, the archeologists naturally assumed that the tomb contained the body of a man.

However x-ray scans of the chamber have revealed that the body of a woman was interred there. If proven, this suggests that at one stage there existed on this earth a woman who was regarded as being just as funny as a man, treated with the same respect, and awarded the same level of reverence and celebrity.

“As any male online commentator will tell you, funny women simply do not exist,” said Dr. Harvey McCambridge, chief spokesperson for the dig.

“Up to this point, we’ve never questioned this. But this discovery might prove that this was not always the case. Based on the evidence, this woman seems to have been beloved by audiences all across Babylonia. They genuinely thought she was hilarious; not just ‘funny, for a woman’ or ‘funny, if you like that kind of thing’… it seems that nobody judged her based on her gender before she opened her mouth. Incredible”.

Further examination of the carvings on the tomb suggest that the male comics of the time felt threatened by the popularity of the woman, leading to her death.

“Very much like what we have today”, added McCambridge.