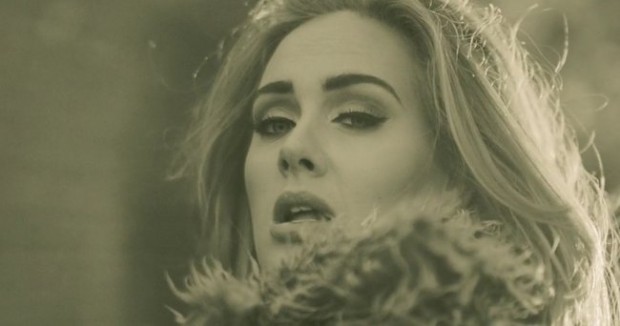 SINGING sensation Adele is back with a bang with new single ‘Hello’, which has been warmly welcomed by women who enjoy sitting alone with some wine and their own tears.

The new album, which the singer described as a ‘make up album’ rather than a break up album, had left fans worried it would contain next to no suitable songs for crying to after having too many glasses of wine.

“I was a bit worried, but once I heard ‘Hello’ I was bawling after about 30 seconds, and that’s without touching any alcohol or thinking of my prick of an ex,” confirmed huge Adele fan Alannah Higgins.

Many ardent Adele lovers have cancelled any plans they may have had for this Friday evening, favouring instead to surround themselves with thoughts of mistakes, tough break ups, failed relationships, and a glass of Savignon Blanc while playing ‘Hello’ on repeat.

“I’ve waited for this song for a good few months now, so I’ve a build up of sorrowful thoughts, and I popped round to Lidl last night and bought a couple of bottles after hearing the song would be released this morning,” explained serial Adele listener Mary Hughes.

“Sometimes, you just need a good cry, but the tears don’t flow like when I scream out a few bars of Adele after downing a bottle in about 5 minutes,” music critic Deborah Kilkenny explained to WWN, “while many men will listen to Adele too, it appears they stoically stave off the tears by not mixing listening to her with alcohol.”

Off licences have welcomed the new Adele single, with early figures revealing a 140% rise in sales of wine compared to this time yesterday.