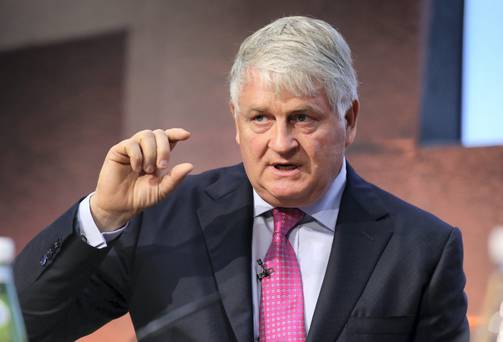 FOLLOWING the appearance of an impassioned open letter in the Irish Times from misunderstood and cuddly businessman Denis O’Brien, the Nation has responded openly with its own letter to the Digicel tycoon.

In response to O’Brien’s assertion that he has “never experienced hatred of this level” the Nation’s letter began with ‘fuck you’ before listing off near endless instances in which Denis O’Brien’s character has rightfully been called into question.

The open letter, which was kept to a brief 200 words due to the Nation’s short attention span, also expressed worry for the Taoiseach Enda Kenny, who is believed to have been rendered mute following O’Brien’s attempts, through legal counsel, to silence the entirety of the media outlets he does not yet own.

O’Brien’s concern for his privacy almost perfectly mirrors the Nation’s concern for a fair and open democracy with both parties equally fearful that their concerns are not being heard by people in positions of power.

“We’re both the same really, you and I,” the Nation’s letter to the vulnerable billionaire closed, “you want to keep all manner of secrets from the view of us plebs and we want you to be able do that, provided it’s secrets about how you pick your nose, not necessarily about preferential interest rates and questionable purchases of debt-riddled companies”.

Denis O’Brien was also told to the look up the ‘Streisand Effect’ on Wikipedia, in an effort to help him avoid a repeat of this sorry situation.

The Nation was almost going to send a letter to their local TD to express their worry over what was a disturbing chapter in the history of Irish democracy, but noticed a Red Rock repeat was on TV3, so watched that instead.