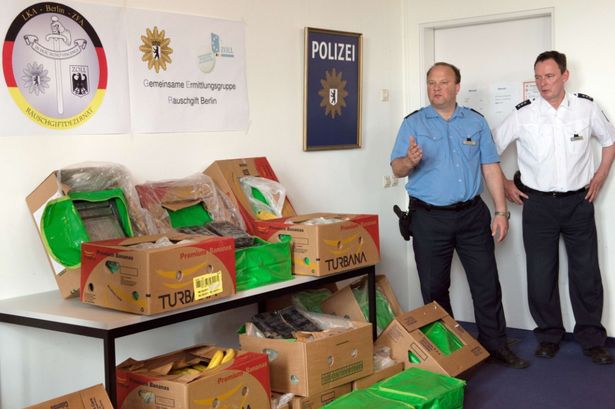 SUPERMARKET giant Aldi have today announced further delays in the international roll out of their own-brand cocaine after German police seized as much as £11 million worth of the product.

German and EU authorities have rejected Aldi latest attempt at introducing their own-brand cocaine to the market, the second such attempt in recent months as it came in a shipment of bananas and was not packaged separately.

“According to EU regulations all food must be correctly labelled with its nutritional content clear for the consumer to see on its packaging. This came next to a bunch of loose bananas,” explained one of the police personnel who was at the site of the seizure.

Chief sniffer at Aldi Hans Hansonsson has defended the own-brand take on a classic favourite, stating that while it may not be exactly like market brand leaders, it still delivers a great high.

“Yes, there is that familiar cardboard taste you get from all own-brand products but while authorities think it is not fit for market consumption yet, we will endeavour to improve the recipe so it is more in line with EU cocaine regulations,” Hansonsson told WWN

Hansonsson added that the price for the cocaine will be extremely competitive when it is eventually unveiled to the public.

Meanwhile, avid consumers of premium brand cocaine have already given Aldi’s own-brand takes their seal of approval after learning it will come in one of those large 33% extra free bags.