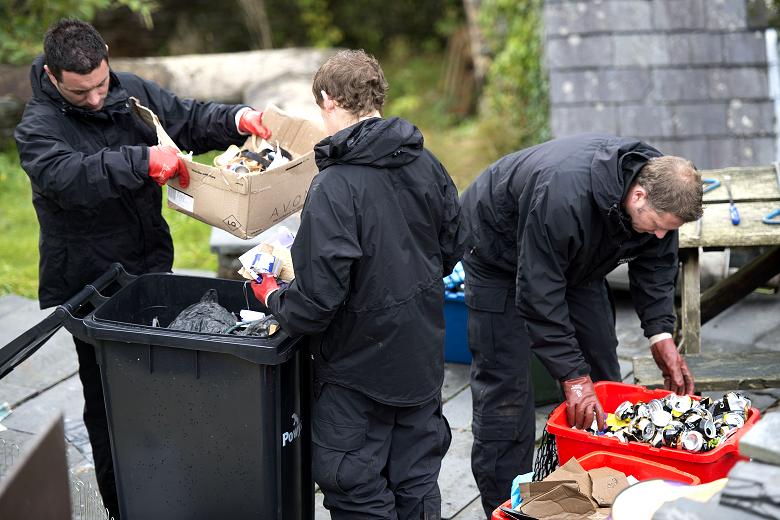 A SPECIAL team of investigators for Irish Water have been given a green-light by the Government to search through bins for tenant names and addresses, it has been revealed today.

The unit of 400 ‘refuse detectives’ will have the power to rummage through household wheelie bins for information leading to the names of those renting properties who have not yet signed up with Irish Water.

“There is no law against searching household waste,” explained a spokesperson earlier today. “We now have the power to check bins for names linked to addresses so don’t think you can get away from us that easy”.

It is understood that the first bin trial run will take place in Finglas in Dublin, where 89% of residents are currently refusing to sign up to Irish Water.

Currently there are over one million people refusing to give their details to the controversial company, who have already been criticized for their previous methods in retrieving such information. Last month, the company admitted to approaching children on the street in a bid to retrieve names of homeowners and residents, but later backed down from this practice after it caused an abduction scare in the capital.

“Yeah, children can be so dramatic sometimes,” said Irish Water boss John Tierney. “At least now we can safely retrieve names to addresses without fear of reprisal. We’d like to apologise to anyone who may have been affected by our previous methods”.

Last year, the company came under fire again for installing cameras and audio equipment into the bathrooms of several homes in the Coolock area as part of their name recovery project.