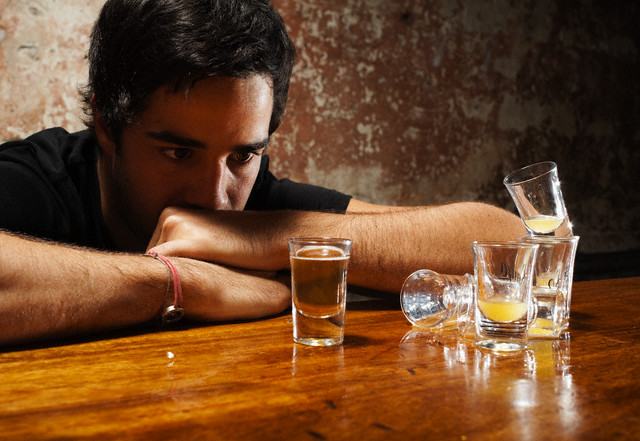 AN anxious Nation is believed to be caught between embracing a redundant and offensive stereotype or taking it quite easy on St. Patrick’s Day, WWN can exclusively reveal.

As countless families and friends around the country finalise their St. Patrick’s Day plans, many Irish citizens have confessed to being conflicted at the thought of getting properly fucking slaughtered on large quantities of alcohol.

“It’s actually weighing on my mind a lot,” explained accountant Brian Doolin, “it’s like, I could get rat arsed to the point of vomiting everywhere in public and possibly shitting myself, but then again, is that the image of the country I want to project outwardly thus reinforcing some archetype that only serves to further legitimise insidious and oppressive narratives about the Irish people, you know?”

“And maybe, all this verbosity just stems from my desire not to appear like that neanderthal caricature Irish man image foisted upon so many of us,” Brian added, his head now beginning to hurt.

While Doolin’s friend Emer Davin was equally conflicted at the thought of how tomorrow’s plans could turn out.

“But you’ve also got to look at it as, you just shouldn’t drink to excess regardless, you can’t be seen to be living up the ‘drunken Paddy’ but then it’s like I’m a 25-year-old IT manager at a leading multi-national and how, what and why I drink on my Tuesday off doesn’t fall into some neat narrative of supposed Irish culture and history,” Emer said.

Emer and Brian’s discussion is just one of many occurring up and down the country as many people try to find the happy medium between drinking and having a good time while not bringing their Nation’s good name into disrepute.

Leading anthropologists and sociologists are also struggling to find a definitive solution to the problem faced by many Irish people.

“If one was to pass and have their stomach pumped, have them embrace the drunken stereotype or will society happily agree that it was probably just a bad pint?” Angela Franklin, head of anthropology at the University of London told WWN.

While the debate rages on inside the majority of Irish people, the Nation did manage to clarify that any tourist found to even the slightest bit tipsy at any moment tomorrow will be deemed ‘a fucking disgrace and embarrassment’.