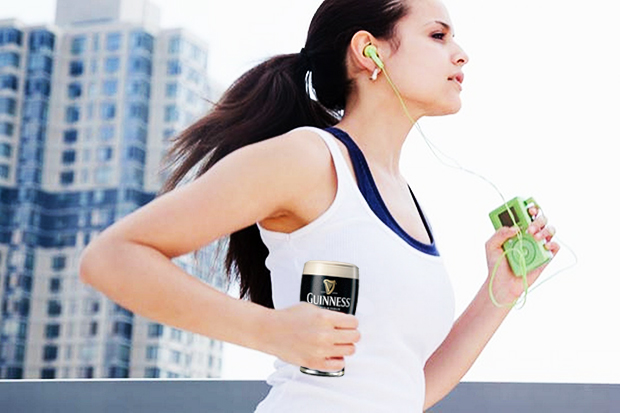 The double strength stout will be the brand’s eighth recipe attempt with the well known Irish draft beer, and it is expected to be rolled out in the coming weeks on a ‘pilot run’.

After investing almost €2.4mn into a scientific study to monitor the effects of alcohol on athletes performances, they found there was a considerable increase in stamina and endurance, proving the age old theory that Guinness is indeed good for you.

“Sunday footballers swear by it,” said CEO Ivan Menezes. “Not only does it take the sting out of physical exercise, it also puts the fun back into whatever sport you’re playing. It’s isotonic, so it gets to your bloodstream – fast.”

However, health experts have slammed the company’s decision to market an alcoholic beverage as a fitness aid, claiming it could just add to an ever increasing binge drinking problem in both Ireland and the UK.

“Seriously, have they lost the fucking plot?” asked one spoilsport, who probably drinks tea all the time or something. “Alcohol and sport do not mix well. Look at George Best and Paul McGrath. It may help them play longer, but it will surely have detrimental effects on their long-term health”.

The new 8.2% stout is set to go on sale in all good health stores from next month.