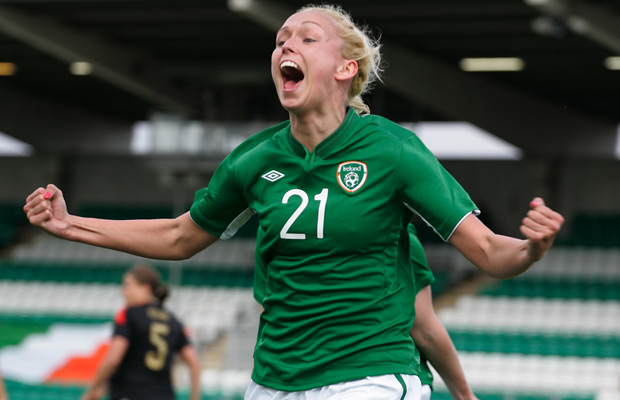 THE vast majority of the Irish media has confirmed that as of midday today their infectious enthusiasm for all things Stephanie Roche will dramatically subside and return to its pre-Pukas award for best goal levels. This in turn will mean an almost 100% drop in the coverage of women’s football in media outlets.

Despite many online and print publications getting behind Irish international Stephanie Roche as her stunning strike against Wexford Youths catapulted her onto football’s biggest stage, they have now reiterated their lack of interest in the women’s game.

“Ah c’mon what do you want from us? You can’t expect to actually go to a match, really? We got behind the campaign in that really insulting way we always do, at the last minute just to sell papers. You can’t say we didn’t try,” confirmed an unnamed journalist.

“We even published a photo of her in her dress there and said ‘doesn’t she look lovely’. If that isn’t covering women’s sport, I don’t know what is,” the journalist added.

In contrast to much of the media coverage, which had suggested Irish women’s football had come of age as a result of Roche’s wonder strike, countless publications decided to publish a contrived photo which suggested footballer’s Lionel Messi and Cristiano Ronaldo were staring at Roche with libidinous intent.

“I think it’s just an effective way of saying well done to her, she’s dedicated much of her life to playing the sport she loves, and here is arguably the biggest night in her career so let’s publish a photo which communicates the fact she’s eye candy,” added another journalist proudly.

Roche finished second only to James Rodriguez in an online vote, garnering 33% of the vote and although many of those votes came from Ireland support at women’s games here are not expected to increase.

A commemorative poster celebrating Stephanie Roche’s career appeared in a number of tabloids, which ran with the picture of her passing by Messi and Ronaldo with the headline ‘Sexy Steph!’ and reproduced the Wikipedia entry on the Irish international in very small print.