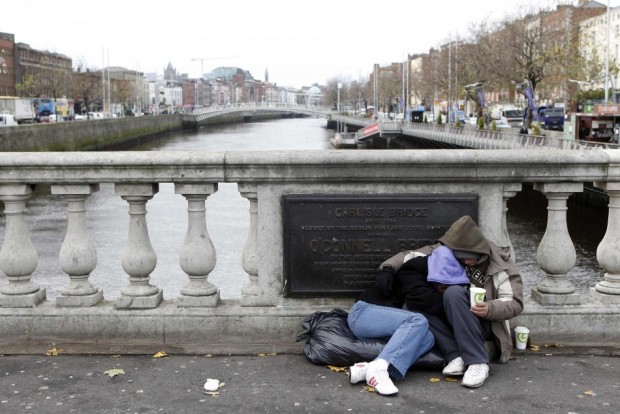 MEMBERS of the public were shocked to learn of the sad circumstances, many children have found themselves in as they become homeless.

“Where would we be without charity, huh?” the Taoiseach mused openly in the Dáil yesterday. “We’d be relying on the Government to solve the problem, and let’s face it homeless people have no fixed address, so there’s fat chance there is a voter amongst them”.

The Taosieach’s remarks echo the sentiments of previous Governments who worked tirelessly not to fully address previous housing and homeless crises.

“Charities like Focus Ireland are doing such a great job, if we were to raise the rent supplement like they suggested we’d only be interfering in the great work they do,” added the Taoiseach.

As many as 700 children in Dublin are without a home, according to recent figures, and yesterday the Government thanked homeless charities for coming to their aid, effectively doing the Government’s job for them.

“Honestly, we don’t have a clue how to help these people. The hostels and hotels they’re ferried about in look nice enough, but it’s just as well you have the charities there with the compassion, human decency and all that,” added a Government spokesperson.

The majority of the families found homeless would be eligible for social housing, which the Taoiseach said would help eradicate homelessness by 2020 with a €2.2 billion investment.

However, it is unclear if these projections can become a reality as developers are being allowed pay a fee to local councils so they don’t have to build social housing into their developments.

The Government has, like previous governments, confirmed that the recommendations from advocacy groups which deal with homeless people on a daily basis will not be acted upon.