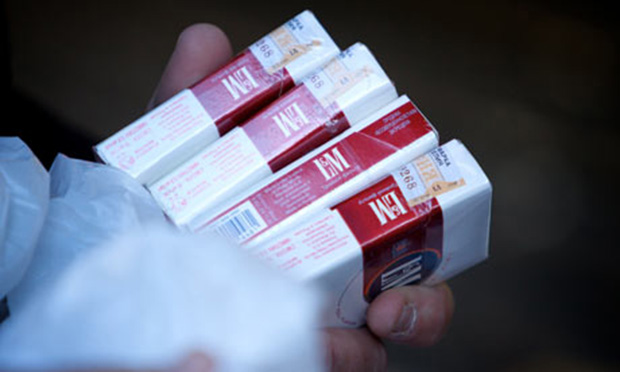 SINN FÉIN today announced its alternative recommendations for the upcoming budget for 2015.

Commenting on the previous tax hikes on cigarettes and alcohol, Sinn Féin leader Gerry Adams said that it was their “opinion” that Irish citizens should be allowed access to cheaper alternatives if they are looking to save money next year.

“We propose that every man, woman and child in the Republic of Ireland should be given access to cheaper fags, booze and petroleum for the foreseeable future,” said Mr. Adams to a packed Dáil today. “This government has been robbing from its people for too long. Our budget would protect those seeking a leg up after falling behind in the last five budgets.

“We would offer those on jobseekers benefits cartons of L&M’s for just forty euros a pop and green diesel at just one euro a litre while they continue to look for employment.

“We already have a tried and tested system in place to implement the delivery of such items,” he added.

Deputy leader Mary Lou McDonald said that their objective with their alternative proposals was to “create expendable income” in poorer areas across the country.

“Why should those less fortunate have to pay heavy taxes on commodities such as fags and fuel?” she asked, rhetorically. “The government needs to protect struggling families and put in place a system that doesn’t prey on their vulnerabilities”.

“Any Englishman working and living in Ireland should be expected to pay a higher rate of tax,” he said. “I think they owe us that much and it’s only fair.”