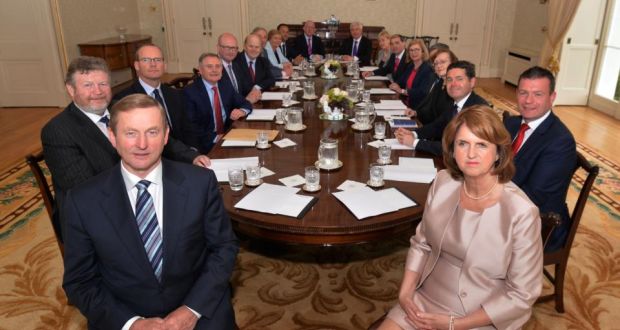 Several members of the Government have addressed the furfore surrounding the lack of female TDs appointed to ministerial positions in the recent reshuffle.

“We’ve come a long way since we were upgraded to second class citizens after that abortion legislation came into effect,” explained one angry female government backbencher, “but we’ve still about 4.75 million kilometres to go, depending on the average speed equality is travelling at”.

Many have pointed out a number of female TDs who are more than capable of taking on a ministerial portfolio, but it is believed the Taoiseach responded with “who?” when a list of names was provided to him. Additionally, others have politely pointed out that many prominent male politicians, in the past, have ‘kind of been shit’.

“Women have these things called consciences,” explained a Fine Gael TD as he patted this reporter gently on the head, “if female ministers were in place, there’s a danger they could utilise their conscience, resulting in awful things like solving the homeless crisis or something. You can only imagine the money they’d piss away”.

“You think I’m going to say women’s place is in the home or something, well, I’m not an idiot, I carry my latent sexism well hidden, not a chance of it being clearly identified, and anyway they are fucking terrible at taking bribes,” added another male Fine Gael insider.

The lack of female of appointments to cabinet has reignited a debate surrounding female candidates and the overall participation of women in Irish political life.

Several experts have rubbished claims women are restricted from entering political life, instead pointing out, common sense prevents many women from contemplating getting involved with the corrupting and sordid crucible that is Irish politics.