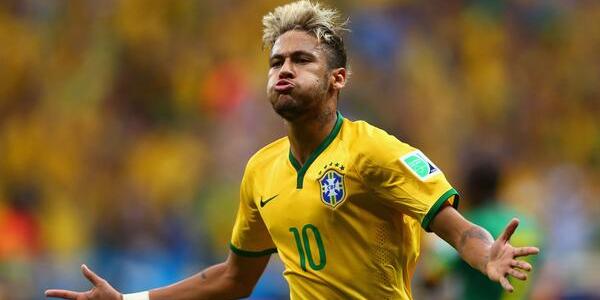 WWN is here to catch you up on all the goings on at the World Cup in Brazil.

Spain celebrated crashing out of the World Cup with a 3-0 win over Australia. The win was marred somewhat by the presence of a Fernando Torres goal, leading many experts to believe Australia simply allowed the Spanish to win in an effort not to seem overly cruel. Torres was patted on the head several times by Australian players following his goal.

Neymar has admitted that a number of his teammates have pleaded with him to continue carrying the Brazilian team all by himself. So impressed are his teammates with his performances, they are planning on going to a great party in Rio the night before their match against Chile and are currently on a Caribbean cruise.

Cameroon have declared themselves happy with their 4-1 loss to Brazil last night as they managed to resist the urge to carry out their usual dramatic retelling of Lord of the Flies live on the field of play.

Following Holland’s convincing victory against a good Chile side FIFA tested Arjen Robben for drugs and the secret to eternal youth. The 57-year-old Bayern Munich forward keeps going from strength to strength in the tournament despite his age.

WWN cannot confirm that Sepp Blatter has opened up 7,431 separate accounts in the Caymen Islands all under the names of Nazi war criminals.

Football fans feel just, well, bloody awful after finding out Ronaldo’s latest haircut involved a zig zag shape to mimic the scar of a child who is currently recovering from brain surgery which Ronaldo paid for. WWN would like to place on record its continuing respect for the Ronaldo national football team.

Today sees the Ivory Coast face off against football’s answer to insomnia Greece. Experts have the sneaking suspicion that Greece could secure an unlikely victory, meaning that at least one knockout game will be avoided by the entirety of the game’s fan base.

Colombia play a poor Japan side today and it is believed the Colombians are so confident of victory they have spent the last few days solely working on dance routines for their goal celebrations.

England fans have their fingers crossed that rain doesn’t stop play at Wimbledon today or else they will be forced to watch England play against Costa Rica.

Uruguay striker Luis Suarez has been warned off crying if he scores today against Italy. Groundsmen at the stadium have cautioned that the surface has already been watered and were Suarez to weep uncontrollably the pitch would become unplayable and waterlogged.