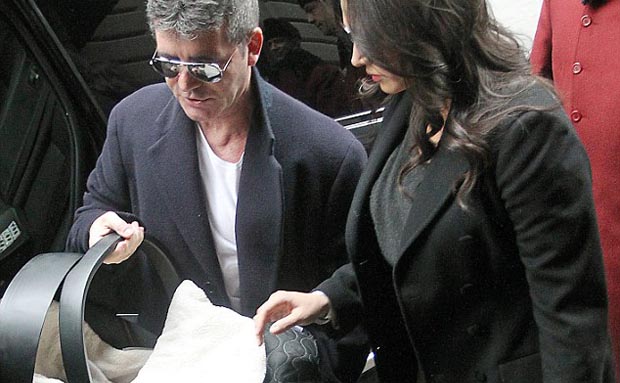 MUSIC MOGUL Simon Cowell today described his partner’s birth of his first born son ‘Lazy, unoriginal and boring’, and won’t be trying again for another child for quite some time.

“It went on far too long and I found the whole thing lazy, unoriginal and boring to tell you the truth,” he said. “You know what? Whoever said childbirth was an amazing experience really needs to get their head checked. What a pointless exercise. I nearly fell asleep halfway through.”

Mr. Cowell also slammed the midwives performance at the hospital.

“They were ugly, not very funny and bored me to tears.” he added. “If I was their boss, I would have fired them years ago.”

“Six pounds is an embarrassing weight.” he told WWN. “I know of girl babies who were heavier when they were born. And if I’m honest, Lauren did quite a bit of moaning during the whole thing. She was very annoying and I won’t be having any more boring children with her. I’m very disappointed.”

This is Simon Cowell’s first ever child with estranged partner Lauren Silverman, who was previously married to the X-Factor judge’s best friend.