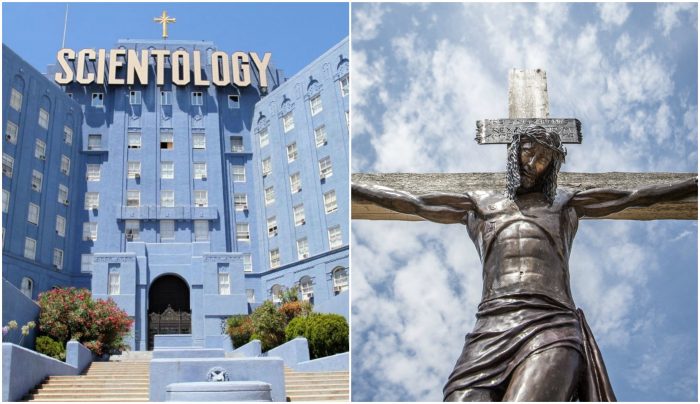 TWO of the biggest religious organisations on the planet are to put aside their decades-old differences and come together for an unforgettable team-up that experts are expecting to be ‘batshit bananas altogether’.

After accepting that they share more common ground than differences, the Catholic Church and the Church of Scientology will merge to form the Church of Catholic Scientology, seamlessly weaving the two belief systems into one wild and crazy story about how Jesus came to Earth on a stray asteroid before giving up his life on the cross at the hands of the evil intergalactic warlord Kornok.

The two churches will still keep their long-held traditions of odd ceremonies, for-profit business models and oppression of women and homosexuals, but will seek to add ‘loads more new shit’ to help drum up new subscribers, sorry, followers, to help them survive through what is being described as ‘a tricky fiscal period’.

“You like Catholicism? You like mad sci-fi shit? Then you’re going to love CCS!” read a statement from the newly-combined churches, whose Hollywood members include Tom Cruise and Mel Gibson, together at last.

The new merger has been derided by Atheists who insist that nobody could possibly believe in such a ludicrous exploitation of people’s need to believe in something more than themselves, but so far the CCS has had no trouble whatsoever getting people to sign up.