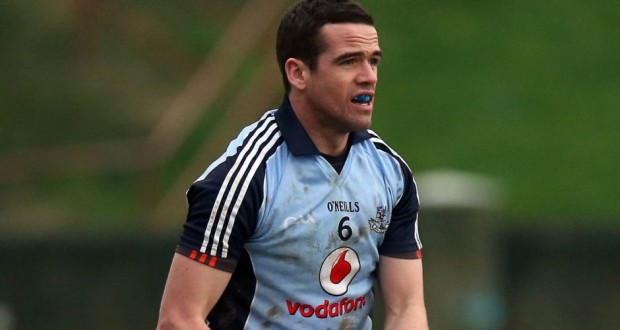 A NATIONWIDE discussion has been sparked off the back of an opinion piece published in yesterday’s Irish Independent, which gave a Dublin man the opportunity to express poorly researched opinions while going completely unchallenged.

Dublin footballer Ger Brennan spoke bravely from the heart as he listed countless inaccuracies, with a commitment to being honest which didn’t extend to including the fact he is a Catholic Religion teacher.

Representing a real asset for a no side who have resorted to increasingly craven and desperate measures this week, being a Gaelic footballer marked him out as a normal everyday voter. However, this meant that like some other Gaelic footballers he too was not an expert on constitutional law.

Brennan, who earlier this year helped launch Catholic Schools Week, stated that the upcoming referendum was not about equality, portraying a clear lack of understanding of the proposed constitutional amendment, which is entitled the ‘Thirty-Fourth Amendment of the Constitution (Marriage Equality) Bill 2015’.

“Bar a couple of minor grey areas to be ironed out legislatively, gay couples in civil partnerships have all the rights married couples have,” Brennan said, alluding to the almost insignificant statutory differences between the two, which number a tiny 160.

The Dublin player stated in his piece that “now Barnardos is calling for a ‘Yes’ vote in the referendum, a vote that will change the Constitution to require that some children be born fatherless so that two women married to each can start a family” despite the fact that this assertion is wholly untrue as previously outlined by the head of the Irish Adoption Association, who is an impartial adoption expert and not a religion teacher.

“I know I’ll be targeted for it and labelled for it,” he added, fully aware that people are entitled to challenge individuals who don’t know what they’re talking about, but take to national newspapers to detail specious arguments.

The GAA star gave his reasons for voting no which included the falsehood that “I am voting “No” because I don’t want our Constitution to deny that it is a good thing for a child to have a mother and a father”. Brennan wrote this unchallenged falsehood in the same week RTÉ shit themselves live on air when a government minister wore a badge.

Meanwhile, in a huge blow to the yes side, the no side has reported that an axe-wielding murderer who killed 367 no voters yesterday in Galway had, in a previous conversation 12 years ago, said the word ‘yes’.