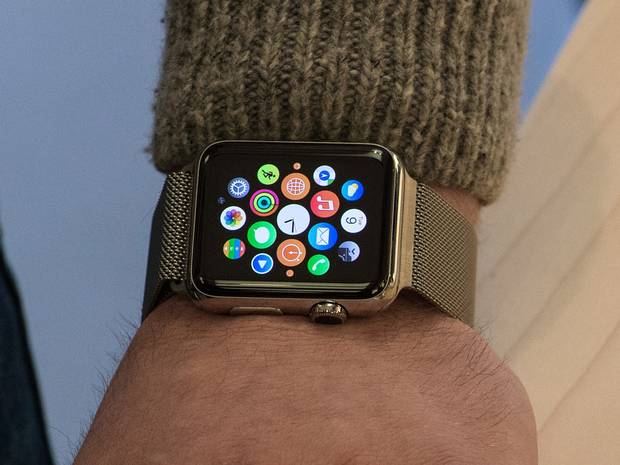 AFTER hastily ordering an Apple Watch online some weeks ago, Dublin native Wayne Filan can almost distract the general public away from the fact he has an improbably small penis.

The revelation that Filan has an improbably small penis came for a presumption made by the public, who believe he must be overcompensating for something as there is no credible reason for the purchasing of an Apple Watch.

“Yeah you can kind of see, or not see it rather, just look at his trousers there, the man cast no shadow,” non-Apple Watch owner Cormac Casey told WWN as he observed Filan leaning against a lampost on Abbey Street in a clear attempt to get people to notice his watch, instead of his microscopic penis.

“In fairness the Apple Watch comes with a microscope so there!” Filan retorted snappily without actually checking if his watch did indeed have the microscope feature.

Filan however, denied all knowledge of his minute penis when asked about it by WWN which contrasts with other expert accounts. The Apple Watch owner also denied that he had previously weighed up purchasing a ridiculously priced sports car.

“We went back to mine after a date the other night, and we were getting undressed in a hurry,” explained Gabriella Allen, an acquaintance of Filan’s.

“When he pulled his trousers down, he was also waving his left hand furiously about in the air and I was like ‘oh cool, an Apple Watch’, it took me a few more seconds to actually focus my eyes on his crotch area, it was like a peanut lost in a sea of hair,” Allen admitted.

Allen’s account gives yet more credence to claims made by the public that Filan’s Apple Watch purchase was motivated by something other than an actual need for a watch.