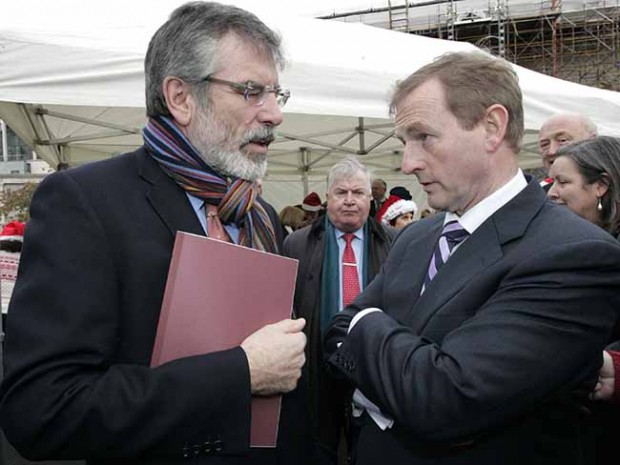 THE Irish people have reacted angrily at the political class and their insistence that they be allowed to ruin absolutely everything, including the centenary of the 1916 Easter Rising.

While many members of the public foolishly thought all major political parties could reach a consensus on some level regarding the commemorations, their naive hope has been rewarded with crushing disappointment.

Relatives of those who fought in the Rising boycotted the official launch yesterday of the commemorations as they felt they were simply being used for a ‘photo opportunity’.

The Government dismissed this notion stating that ‘asking the families to turn, say nothing, and smile for photos with government TDs is the very definition of not being a photo opportunity’.

“Had they turned up they would have been actively consulted on which of the photos captured Minister for Arts Heather Humphreys’s good side,” confirmed an assistant to the minister.

The discontent has spread to opposition parties who have insisted that, given its history, Fine Gael were not best placed to commemorate the Rising.

“This Government cannot be trusted to give Fianna Fáil enough credit for how fantastic its republican legacy is,” claimed Michael Martin.

While Sinn Féin were said to be furious that their ideas have been rejected.

“What sort of consultation process is it if our proposed idea for a graphic novel which sees Gerry Adams travel back in time to help Dev, Pearse, Collins, Griffith and the lads out with punching a few Brits is rejected?” Mary Lou McDonald queried.

However, Fianna Fáil and Sinn Féin did thank the Government for allowing the parties to pretend that they really care about the relatives of those involved in the Easter Rising.

A small protest outside the Dáil today saw members of the public urge the warring political factions to stop being so deplorable.

“I can’t look at water, churches, banks, schools and everything else without being reminded how much we’ve been let down by our politicians,” explained an agitated Cormac Grealish, “could they not just bash their heads together and say ‘yeah will we all agree to have a minutes silence in 2016 or something’, how hard could it be?”