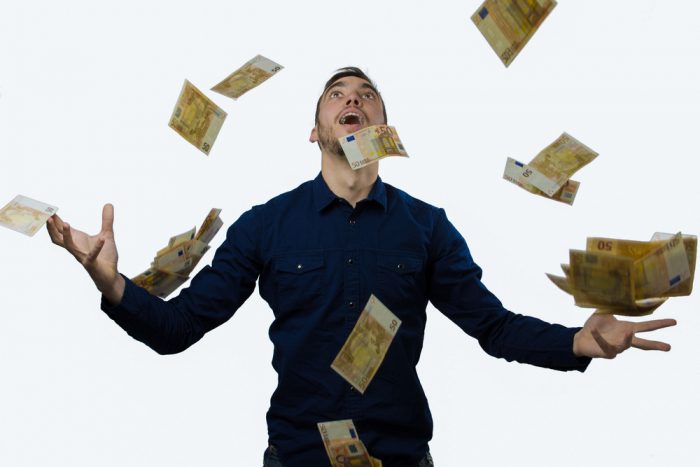 AHEAD of tonight’s bumper EuroMillions draw, researchers at the Institute of Research have revealed the 5 things Irish people are most likely to spend the €100M Jackpot on if they are lucky enough to win it tonight.

Ever wonder what you and your fellow Irish citizens would most like to spend any winnings on? Wonder no more as the hard data is listed below for your reading pleasure:

After being outsmarted by their mothers over several decades with pleas of ‘but you’ll look after your mammy if you win, wont you?’ Cunning Irish mothers have to be commended for successfully laying on a guilt trip which could see them rewarded with anything from solid gold knitting needles to a villa in Spain.

2) Helping out the local community

Once again, Irish people showed their generous side and were totally not just saying these things to come across as nice and selfless. People confirmed they would buy new jerseys for the local GAA team which will have the EuroMillions winner’s face emblazoned on it and would selflessly build a stadium which bore their own name in giant writing, complete with a statue of themselves outside it. In the event of the club reaching the All-Ireland Club Final, a starting place at full-forward would also be reserved for them.

Oddly enough, this choice was equally popular among Cork residents as it was among non-Cork residents. With Cork-based respondents reporting they could do with a break from the rest of the country, allowing them to finally form a People’s Republic of Cork while the rest of the Nation insisted they would be happy to use their winnings to push Cork a few hundred kilometres out into the Atlantic ocean,if it meant they didn’t have to listen to them going ‘on and on and on’ anymore.

4) Hold St. Patrick’s Day at least once a month

Vast swathes of those taking part in the study confirmed their intention to hold the joyously over the top celebration of all things Irish at least once a month. It would put a great strain on the country’s supplies of green, white and orange facepaint but it would be offset with the banning of all Leprechaun costumes.

5) A date with Jamie Dornan

While strictly illegal to purchase a person outright, hundreds of thousands of women and men confirmed they would be open to paying Fifty Shades of Grey star Jamie Dornan to date them. Some of the more coy men surveyed insisted the date would be used to learn how to be suave and sophisticated like the Hollywood Hunk, while the women surveyed simply began drooling after uttering his name.