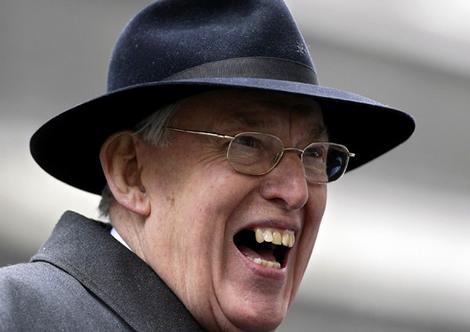 THE Reverend and Right Honourable Ian Paisley has returned home today after being refused access to both heaven and hell, a spokeperson for the the former Northern Ireland First Minister said this morning.

The 85-year-old was due to ‘move on’  last month but was turned down by the Kingdom of Heaven shortly after his heart failed.

An angel source claims Mr. Paisley was immediately put into a taxi upon arrival at Saint Peter’s gates.

“They just had to get him out of there as quickly as possible.

“Peter freaked out and was like shouting and shit at the taxi man to get Paisley away from the gates before the ‘big fella’ seen him.”

It is then reported that the former leader of the DUP was whisked off to hell where several demons greeted him.

“Not a chance was he getting in here.” said gatekeeper Ziminiar.

“There is only room for one Satan.”

“I told him to piss off back to his own realm where he belongs.”

Purgatory was not willing to openly speak on the matter but issued a statement saying: ‘Due to administrative issues, we will not be taking anyone with the second name Paisley for the foreseeable future. Sorry for any inconvenience this may cause.’

It is not known how long he will be staying here, or indeed, if he will ever leave.

Sources close to the Reverend believe he may be with us for quite some time to come.

“It’s a case of Heaven nor Hell wanting him.” said one man.

“We’ll just have to put up with him for as long as it takes I suppose.”