ALTHOUGH last year’s Champions League final drew an estimated 180 million viewers worldwide, with each viewer singing a different version of the iconic theme tune, Waterford man Dean Ledfern is adamant that his own take is the best around. Heralding the start and end of every ad break as well as the leading out of… Read more » DEFENDING THEIR decision to hike prices for the Allianz League games by as much as 33%, the GAA have stated that anyone opposed to the rises are sleeper agents for the Premier League and staunch soccer hooligans. “This is an Irish, culturally nationalist organisation, which means a 33% increase in price is actually a 33%… Read more » AFTER the GAA’S Standing Committee on the Playing Rules issued a list of proposed experimental rule changes for Gaelic Football in early October, the GAA has revealed 15 new changes after a considerable period of consultation with referees, players and officials. The SCPR revealed the 15 new rules this morning in a press conference at… Read more » FLIGHTS in and out of all Irish airports have been grounded indefinitely until such a time as the rugby loving portion of the Nation can convince Joe Schmidt to reverse his decision to leave his coaching post after the 2019 Rugby World Cup. The risk of Schmidt successfully boarding a flight at the end of… Read more » A CRACK TEAM of scientists and fashion experts based at Adidas headquarters in Germany are believed to closer than ever to a breakthrough which allow them to add an unprecedented 4th stripe to their range of clothing and footwear. Tense experimentation has become commonplace in the Adidas laboratories has the volatile conditions surrounding so-called ‘4th… Read more » WATERFORD man William Shannon has been begged by his family and friends to just try and enjoy sports that aren’t hurling, without griping about how the athletes and competitors aren’t as hardy as hurlers, or how the action is slow-paced compared to a hotly contested All-Ireland quarter-final where there’s ‘sliotairs getting leathered around the place’…. Read more » DESPITE damning and sobering revelations contained in a series of Der Spiegel articles published in recent weeks which allege Cristiano Ronaldo raped a woman in Las Vegas in 2009, it is expected adoring Man United fans will give the Juventus forward a warm hero’s welcome at Old Trafford when he returns to his former club… Read more » THE FAI are celebrating the news that they have, in the last few moments, sold the last of 50,000 tickets for Ireland’s match tonight against Wales after insomniacs got word that Martin O’Neill’s negative and turgid football could be the ultimate cure for insomnia. Well meaning Irish fans, thought to be the best fans in… Read more » 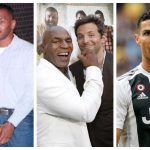 AS reports of accusations of rape made against the world’s most recognisable athlete, Cristiano Ronaldo, slowly but surely begin to make page 48 of a few newspapers, boxing legend Mike Tyson has spoken publicly to reassure Ronaldo people just sort of forget about you raping someone sometimes when you’re famous enough. Tyson, jailed for 6… Read more » THE SPORT of tennis has recorded a sudden and unprecedented number of new fans, all seemingly from the same corner of world where the Earth’s argumentative assholes live and breathe. The huge surge in popularity and increased coverage in the media has stemmed from Naomi Osaka’s historic US Open tennis victory as she became the… Read more »