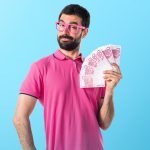 SORRY to interrupt your daily browse for fucking blaa recipes and reviews of city hotspots that you can’t possibly afford to ever eat at except for your birthday once a year as a treat, but I have some great news. For me. I’ve sold my share in this hellsite for more money than you plebs… Read more » 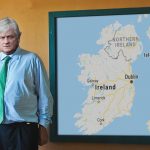 STILL SMARTING from a bruising life which has left him with nothing but €4 billion plus in the bank and a vast media empire, sources close to vulnerable and helpless Denis O’Brien have confirmed he is currently sizing up a map of Ireland while muttering “you will pay, every last one of you” under his… Read more » ANIMAL rights activists have called on the world’s largest energy drink manufacturers to stop the annual slaughter of 500 million red bulls, urging them to substitute the animals liquidised genitalia for another ingredient instead. “It takes 12 pairs of fully grown red bull testicles to make 100 cans of the energy drink,” a spokesperson for PETA explained, “this is such… Read more » AN entirely uncontroversial proposal to build a skyscraper in the shape of Micheal Collins was given the greenlight in Cork before any formal planning permission was even submitted. The reception the county has given the proposed skyscraper, set for Cork City’s docklands, sits in stark contrast to other proposals for multi storey buildings around which… Read more » Despite his protestations, which included pointing out he had just paid €1 billion for a majority stake in the telecommunications company, French billionaire Xavier Niel was immediately put on hold for 40 minutes, WWN understands. Guiding himself through a number of options on an automated phone system, which encouraged him to press a number based… Read more » PRESIDENT elect Donald Trump has announced today that he is going to “pretend to leave his business empire to his children” in a bid to distance himself from perceived conflicts of interest. Speaking to his millions of Facebook followers, Mr. Trump quashed growing fears that he may take advantage of his new role by telling… Read more » EMPLOYEES at Gormley & Johnson have been in active talks this morning in order to reach a consensus on how best to deal with the new guy who keeps staying late to impress his new bosses. Eoghan Kavanagh started working at the Dublin accountancy firm last week and has already made a terrible impression on… Read more »

WELCOME news on the jobs front as a drugs firm is expanding its operations in the Nation’s capital. The firm’s expansion is a response to the growing demand for a number of its products which has led to the creation of 20 positions in the sales department as well as transport and logistics. “We had a… Read more » Copenhagen has hit the headlines today as it plays host to the annual Bilderberg conference. The Danish captial was closely monitored as a who’s who of the business and political world met to discuss public policy and business practices amongst other things all behind closed doors. Bilderberg has consistent and vocal critics who see it… Read more » Phallic fruit market to see ease in tensions following announcement of merger. It was the merger the fruit-loving world was waiting for as Fyffes and Chiquita have finally put long standing differences aside to merge. The much publicised merger comes after years of bloodshed between the companies who were hell bent on gaining market superiority…. Read more »