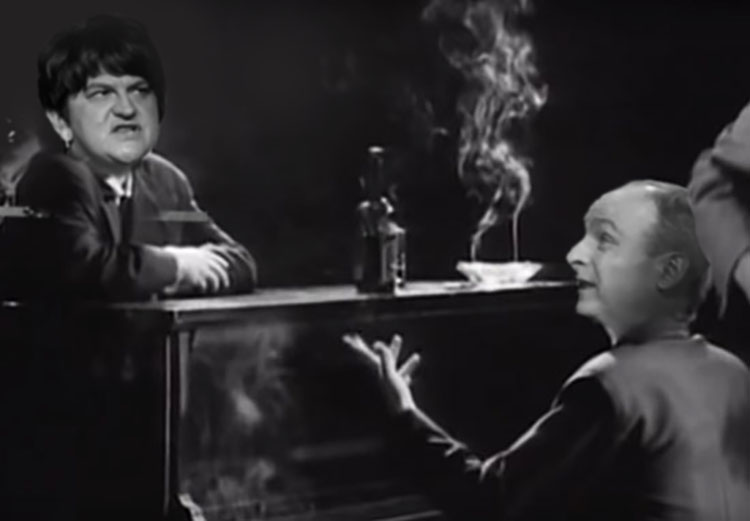 TAOISEACH Micheál Martin and Northern Ireland First Minister Arlene Foster are to meet today to discuss claims of the Irish state’s collusion with the IRA in relation to a string of terrorist murders, as well as laying down new vocals for what is hoped to be the ‘version to end all versions’ of the Pogues 1987 festive classic, ‘Fairytale Of New York’.

The Foster & Martin duet will be recorded in two parts, with the pair teaming up in the booth to record the pleasant, ‘They’ve got rivers of gold’ section in the morning while spirits are high, then adding the ‘you scumbag, you maggot’ bit at the end after a few hours of discussing whether or not members of An Garda Síochána aided the IRA in the murder of Unionists during the height of The Troubles, “just for added passion in the singing”.

“Of course, Arlene is insisting that the homophobic slur in the song remains” leaked one government aide as the DUP leader arrived in Dublin flanked by her entourage.

“But other than that, they’re expected to be out at around 6pm with the single ready to drop and the Irish government ready to issue a full apology to everyone for everything that Sinn Féin and the IRA did during The Troubles, no questions asked. The Finucane thing? Unlikely to come up, as they’ll be too busy trying to nail the tin whistle solo”.