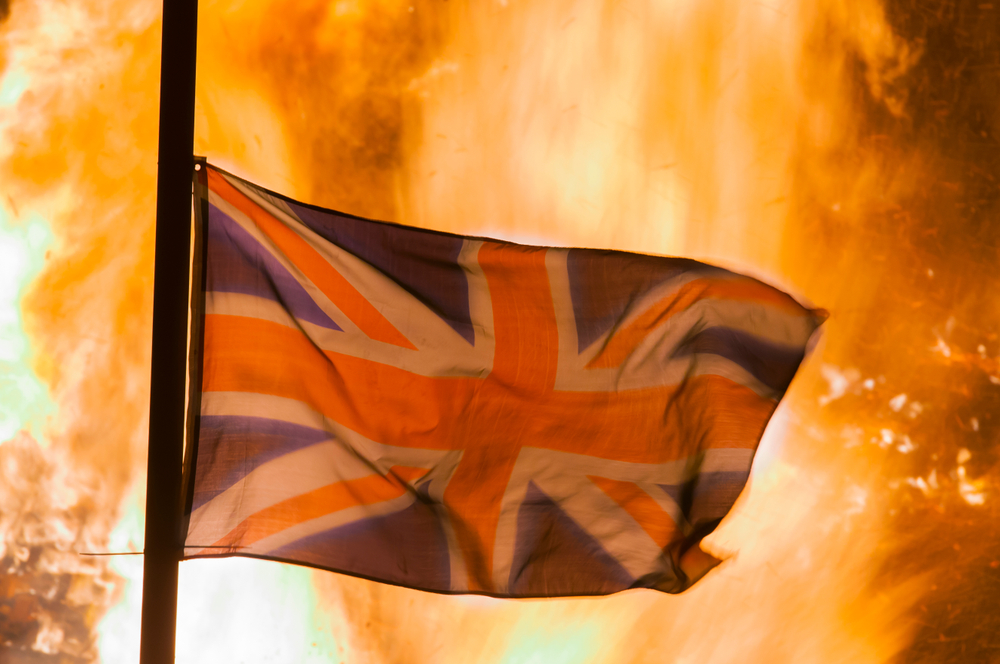 THE last remaining shreds of optimism surrounding the fate of Ireland following Brexit have been swept away by a tsunami of grim reality, with almost everyone on all sides finally admitting that ‘the whole thing is completely fucking fucked’.

The facade of ‘it’ll be alright’ began to show irreparable cracks following Boris Johnson’s victorious campaign to become Prime Minister, and the creeping realisation of how fucked the whole thing is gained speed as newly-appointed cabinet ministers excitedly admitted that the UK were in ‘full preparation’ for a No-Deal exit from the EU in October.

Any notion that the border issue would be addressed in a competent, well-thought out manner were all ‘fucked-the-fuck away’, with everyone from DUP leader Arlene Foster to Irish Taoiseach Leo Varadkar admitting that they were ‘fucked if he knew’ what was going to happen.

“It’s fucked. It’s all fucked, I don’t know why we tried to suggest otherwise” said one government aide, finally admitting what a lot of the world had known since the Brexit vote in 2016.

The public have reacted to the news that they’re fucked with grim determination, and have moved for Britain to crash out of the EU now rather than in October, as it’s nicer to be fucked in the summer than it is to be fucked in a cold winter.